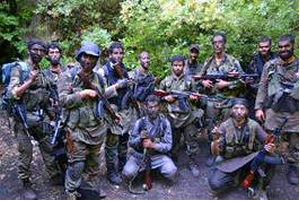 Moroccan authorities announced Sunday the repatriation of eight Moroccans from war-torn Syria on “humanitarian grounds”, noting that this operation is part of Morocco’s contributions to international counterterrorism efforts.

Immediately after the announcement, the United States has commended the repatriation move, describing the North African Kingdom as “a highly capable partner” in the Global Coalition to Defeat ISIS.

“We appreciate its commitment to countering terrorism”, said on Sunday Mr. Robert Palladino, State Department Deputy Spokesperson.
“Morocco’s actions should encourage other nations to repatriate and prosecute their citizens who have traveled to fight for ISIS”, he added in a press release.

“Repatriating foreign terrorist fighters to their countries of origin is the best solution to prevent them from returning to the battlefield”, underlined the State Department deputy Spokesperson.

Morocco is member of the US-led Global Coalition to Defeat ISIS. The 75-member Coalition, set up in 2014, is committed to tackling ISIS on all fronts, to dismantling its networks and to countering its global ambitions.

Beyond the military campaign in Iraq and Syria, the Coalition is committed to: tackling ISIS’s financing and economic infrastructure; preventing the flow of foreign terrorist fighters across borders; supporting stabilization and the restoration of essential public services to areas liberated from ISIS; and countering the group’s propaganda.

As ISIS is defeated on the battlefield, the Coalition pledges to continue its stabilization efforts to facilitate the safe and voluntary return home of those who have been displaced by the violence.

The Moroccan interior ministry, which announced the repatriation of the eight nationals, said the returnees will be investigated for alleged involvement in terrorism-related acts, under the supervision of the competent prosecutor’s office.

In 2015, Morocco adopted a law that criminalizes traveling to conflict zones and terrorist training camps.

According to official figures, there were around 1,700 Moroccans fighting with the Islamic State group (ISIS) in Syria, Iraq and Libya. Many of them had been killed in suicide bombings in Syria and Iraq and 242 had been arrested.

The repatriation operation comes as the last jihadists of the ISIS terrorist group were surrounded in the village of Baghouz, near the Iraqi border, by the Syrian Democratic Forces (SDF) that are supported by the international coalition led by the United States.

Western countries that have nationals who fought in the ranks of ISIS are very divided on the issue of those they now call “ghosts”. The United Kingdom has just stripped two sisters in refugee camps in Syria of their British citizenship.