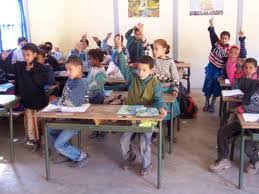 After years of arabization, Morocco will start teaching scientific subjects like mathematics, physics and biology in French at the high school level as the language is already in use in universities.

The decision is backed by education minister Saïd Amzazi who is facing criticism from Islamists and conservatives, ardent defenders of arabization.

For the minister, the use of French is dictated by Morocco’s economic context that requires good command of French.

He argues that the decision gives consistency to the educational system, fights drop out at the university and helps students continue their scientific studies instead of being intimidated by French.

Islamists and conservatives alike joined forces slamming the decision as disrespectful of the constitution and the national identity saying that teaching should be done in the mother language.

Some linguists oppose this idea as the mother languages for Moroccans are Darija (Moroccan Arabic) and variants of Amazigh while classical Arabic is not spoken as a mother tongue.

Amzazi said that ideological considerations should be put aside while discussing a framework law on education providing for the promotion of foreign languages.

The adoption of the law stalled because of the disagreements between the opponents and proponents of the use of French.