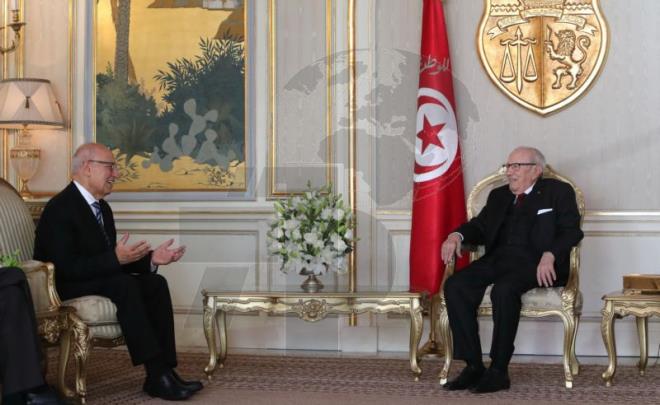 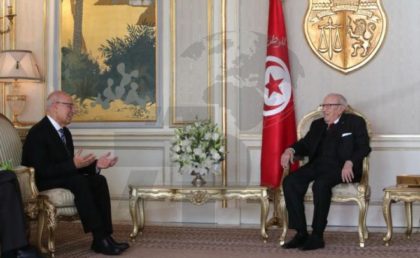 “The Palestinian cause will be at the heart of the priorities of the next Arab summit scheduled for next March in Tunis,” said Friday President Beji Caid Essebsi.

“Tunisia will spare no effort to make the voice of the Palestinian people heard and defend their cause in the world, especially in light of Tunisia’s candidacy for the position of non-permanent member of the Security Council,” President Essebsi pointed out during his meeting Friday in Tunis with the Palestinian president’s advisor for international relations, Nabil Shaath.

Accordin g to Tunisian news agency TAP, Nabil Shaat conveyed President Essebsi an oral message from Palestinian President Mahmoud Abbas.
President Essebsi emphasized Tunisia’s unwavering and continuous support for the Palestinian people, for their just cause and for their endeavors to establish an independent state with Holy Jerusalem as its capital.

For his part, Nabil Chaath expressed the wish that the upcoming Arab Summit- to be hosted by Tunisia by the end of March- will give a new impetus to the Palestinian cause and place it at the heart of Arab concerns, insofar as it represents the main Arab cause.

“The Palestinian people continue their activism until they obtain the fullness of their legitimate rights and the establishment of the foundations of a just peace,” he was quoted by Tap as saying.