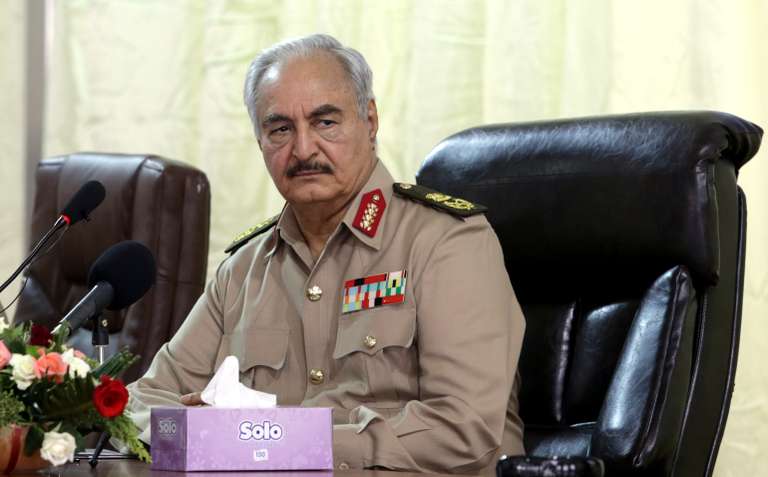 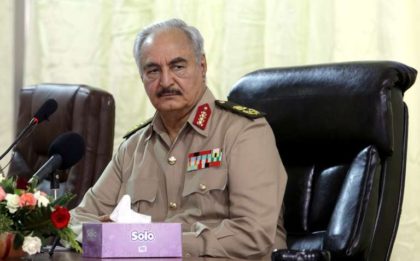 As Algeria has repeatedly violated the territorial integrity of its Libyan neighbor, warlord Khalifa Haftar has expressed his exasperation and threatened to launch war on Algeria, if it continues to profit from the current instability in his country to conduct regular military incursions in the Libyan territory.

In a video circulated on social media, Haftar threatened that “war could be spread, in moments, to the Algerian border” and that “Libyan forces are ready to go to war immediately.” It is in such virulent and unequivocal terms that the retired Libyan General Khalifa Haftar send his warning to Algeria while he was addressing thousands of his supporters gathered in Benghazi Saturday.

The warning came following a recent incident where a number of Algerian soldiers crossed into Libya. Libya, which shares several hundred-km long borders with Algeria, deemed the incursion a violation of its territorial integrity.

Algeria, which has already acknowledged previous incursions in Libya, justifying them as “isolated acts that will not happen again”, should take seriously Khalifa Haftar’s latest warning, because Haftar has already sent several emissaries to Algiers to call it to order but to no avail, and also because Bouteflika’s army is currently going through the worst crisis, since the independence of Algeria.

Actually, the Bouteflika clan decided to behead the Algerian army of all its strong generals, thus putting the military in a state of disarray that foreshadows the worst.

The anger of Libya’s strongman is explained by the non-penitent character of the Algerian regime, which seemingly seeks to take advantage of the chaotic situation in Libya to annex Libyan territories. Libyans claim that the Algerian army, pretending the fight against terrorism, sneaks into Libyan territories in an attempt to nibbling them insidiously.

As a reminder, on May 7, 2017, the Tobruk-based Libyan parliament, allied with Marshal Khalifa Haftar, issued a statement openly denouncing “an interference by the Algerian authorities in the Libyan conflict”.

The statement had denounced a tour that the Algerian Foreign Minister had conducted at the time in southern Libyan cities “without any control or authorization, as if they were Algerian cities”.

According to Algerian State-run television ENTV, Algerian Foreign Minister held a phone conversation with Fayez Serraj, Chairman of the Presidential Council of Libya and prime minister of the Government of National Accord (GNA) over Khalifa Haftar’s statements.

North Africa Post's news desk is composed of journalists and editors, who are constantly working to provide new and accurate stories to NAP readers.
NEWER POSTEBRD to Launch Women Business Program in Morocco
OLDER POSTIllegal Migration: Over 3,800 Tunisians Crossed to Italy in 2018