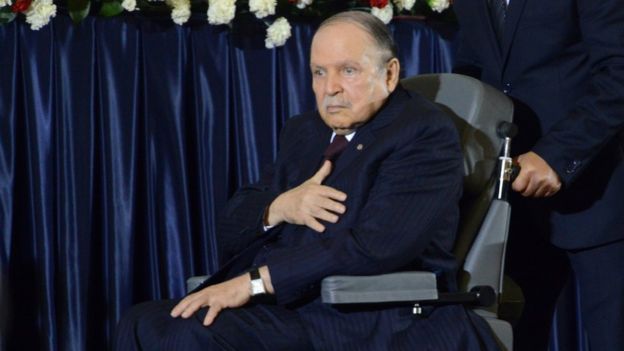 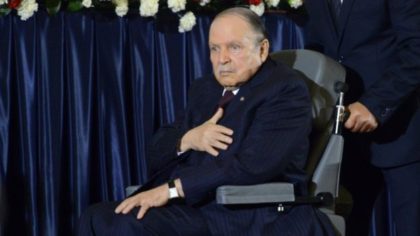 After two decades of autocratic rule, infirm President Abdelaziz Bouteflika announced he is not running for a fifth term as protests continued for three consecutive weeks asking for genuine reform to the opaque regime running the oil-rich country.

Bouteflika, 82, said elections that were set for April 18 will be postponed, but he did not set any new date, meaning he will stay in power as he initially planned.

He promised last week that he will run for a fifth term only to step down after a year, time to prepare for a national conference that will bring political reform. In calling off elections, he is actually pursuing his plan.

The Moroccan-born President returned from medical treatment in Switzerland on Sunday as protests intensified asking him to refrain from succeeding himself to the Presidency.

Bouteflika is seen by protesters as an ailing façade of a corrupt regime that sapped Algeria’s oil wealth for decades without lifting the country’s dependence on oil and gas.

The mass protests, unseen in Algeria since the 1990s when a military coup aborted a democratic process, gained momentum across the country calling for the President to backtrack from a fifth term and a reform of the whole regime.

In a bid to defuse tension, Bouteflika or the ruling elite that pulls his strings issued a letter Monday promising no fifth term as well as a postponement of elections initially due on April 18.

The letter also included promises of social and economic reforms as well as a constitutional reform that will be submitted to a referendum after a national conference.

Critics see in the postponement of elections a chance for the regime to gain more time before they find a successor that will safeguard their interest.

It is unclear how the Algerian political class, including the opposition, will react to these decisions, which were decided unilaterally by the ruling elite without any previous consultation.

The protests demanded Bouteflika to cease a fifth term and asked for him to step down. Some demonstrations also demanded an end to the regime. None of these demands were addressed by Bouteflika’s letter.

Meanwhile, an influential imam said on TV that it would be a good farewell for Bouteflika if he inaugurates the great (and costly) mosque of Algiers then steps down.

Cracks have also appeared in his entourage as many FLN leaders refrained from showing support for a fifth term.

So far, seven prominent members of the ruling party resigned from the party to express support for the protesters, according to Algerian media.

Earlier in the week, the powerful organization of former liberation-war combatants, the Moujahidin, saluted the “civilized behavior” of the anti-government demonstrators and denounced corruption “at the heart of the power hierarchy.”

Several chief executives have resigned from the industry bosses’ league in support of the protest as well, though its head remains close to Mr. Bouteflika.

El Djeich, the magazine of the country’s powerful army, published an editorial on Friday hinting at support for the mainly youthful protesters.

Anyways, the Monday decision to postpone elections was one of the scenarios put forward by pundits following the latest developments in Algeria, but they were not expecting the moribund man announce that he is still in control at the helm of the state, that he has not accomplished his mission yet. So, are the Monday announcements a mere manoeuver to maintain himself president for life?