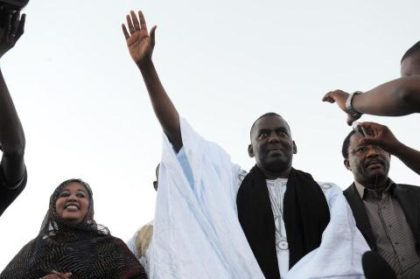 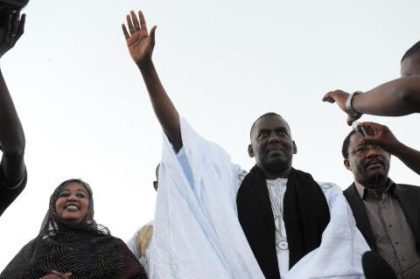 After years of fighting for their rights despite crackdown and imprisonment, members of Mauritania’s leading anti-slavery NGO, the Resurgence of the Abolitionist Movement (IRA) are preparing their participation in local elections to make their voice heard.

Led by recipient of UN human rights prize in 2013, Biram Ould Dah Ould Abied, IRA is not recognized by the authorities. Hence the hurdles it faces. Therefore, the members of the organization will run for elections under the umbrella of the Swab political party.

Swab is an outspoken critic of the government’s policy and has joined calls for reforms.

This will be the first time that IRA takes part in elections. Its leader had run in 2014 as an independent candidate for the country’s presidential elections, in which he came second.

Mauritanian authorities have by the past tried to silence the IRA abolitionist movement, which is gaining ground among the Haratines in the West African country.

Mauritania outlawed slavery only in 1981, criminalized the practice in 2007, and created specialized courts in 2015 to prosecute slavery cases.

Authorities claim success in eradicating slavery and say that today the challenge is to address the lasting socioeconomic effects, or “legacy” of slavery.

The African Union rebuked Mauritania for falling short of fully eliminating slavery after the country handed out lenient sentences to a slave owner.