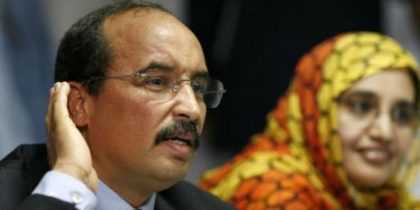 As Mauritania heads towards presidential elections next year, the regime of Mohamed Ould Abdel Aziz has warned the opposition to refrain from wooing the army to intervene in the country’s politics.

The warning was made by Defense Minister Jallow Mamadou Bhatia Sunday at a press conference in capital Nouakchott.

The opposition, Middle East Monitor reports, had called to allow members of the armed and security forces to vote on the same day as civilians to ensure their votes are treated the same way and remain anonymous.

Mauritania has been embroiled in a deep political crisis over the past few years. Dialogues to bring both the opposition and the regime of President Ould Abdel Aziz to consensus over national issues have collapsed.

The opposition has accused the president of rolling back democracy and confiscating power. Mauritanians were called to vote in a referendum last year, which the opposition believed paved the way for constitutional reforms friendly to the autocratic leader who is seeking a third term in office despite the two-term limit imposed by the constitution.

The country will hold legislative and municipal elections in 2018.