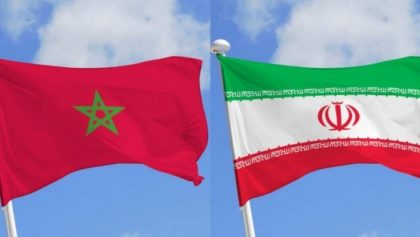 Morocco severed its diplomatic ties with Iran over its support for Hezbollah in arming and training Polisario separatists, Foreign Minister Nasser Bourita said.

Morocco closed its embassy in Tehrna and the kingdom’s ambassador is already in Rabat, Bourita said at a press briefing.

“Iran’s chargé d’affaires in Rabat will be asked to leave the country immediately,” Bourita added.

The Moroccan Foreign Minister said he visited Iran this morning and informed his peer Jawad Darif of the decision.

“We have tangible proof of Iran’s involvement in backing Hezbollah’s alliance with the Polisario,” he said.

Hezbolah vowed to retaliate against Morocco after the arrest in Casablanca of Hezbollah leader Kacem Taj Eddine following an arrest warrant by the US.

Taj Eeddine was accused of money laundering for Hezbollah in Africa.

Bourita said a member of the Iranian embassy in Algiers facilitated the visit of Hezbolah officials and military officials to Tinfouf where they trained separatist militias to carry out attacks against Morocco.

“Hezbollah provided Sam9 and Sam11 missiles to Polisario,” he said.

The Moroccan minister noted that the decision to cut ties with Iran is a bilateral issue in response to Tehran’s involvement in facilitating an alliance with Polisario.