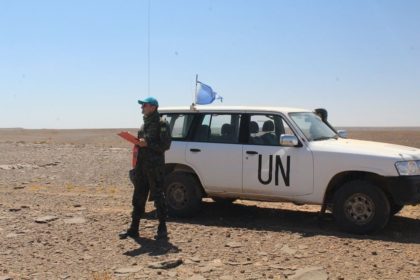 As the Security Council was unequivocal in condemning the Polisario’s destabilizing acts in the buffer strip in the Sahara, the separatists had no option but to bend to the calls for its withdrawal from Guerguarate, in the southernmost tip of the Sahara, where it has conducted banditry activities and hindered commercial traffic.

The polisario’s mouthpiece news outlets is speaking of a “redeployment” of the separatists out of Guerguarat in an attempt to sugar coat a resounding defeat that propels it to withdraw amid international outcry.

Resolution 2414 stressed the need for an “immediate withdrawal” of the Polisario from the buffer strip and called on the Algerian-separatist group to refrain from “destabilizing actions”.

The same resolution, commended Morocco for its “measured response” to the provocations by the Polisario militiamen east of the security wall.

The resolution also expressed concern regarding Polisario’s attempt to move administrative functions from its rear-base in Tindpuf to Bir Lahlou in the buffer zone.

Morocco has previously warned that altering the status of the buffer strip by establishing permanent civilian or military facilities will be a casus-belli that will trigger a firm military response.