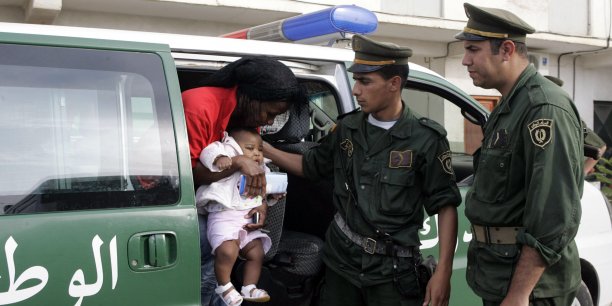 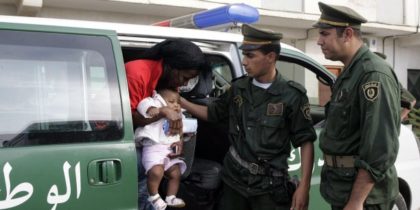 Algerian authorities have deported more than 27,000 Sub-Saharan migrants since 2015, in a move that is praised by the interior ministry and denounced by rights groups that see in Algeria’s crackdown on migrants and asylum seekers a violation of elementary rights.

“We have already repatriated 27,000 illegal African migrants to their countries since 2015,” Algerian Interior Minister Noureddine Bedoui told the parliament in Algiers.

The black-man-hunt has been clearly endorsed by authorities in Algeria at a time the country was hard-hit by the slump in oil prices. As the country braces for austerity measures, further threatening the fragile social peace, authorities have surfed on xenophobia blaming Sub-Saharans fleeing wars and hardships for the structural illness of the Algerian economy.

In a wave of anti-migrant drive, last year, authorities in Algiers imposed a segregationist move banning migrants from using taxis and buses in a blatant disregard for human dignity and in total violation of basic human rights.

In the face of Algeria’s unrelenting crackdown on migrants and asylum seekers who are denied the right to apply for refugee status, international rights watchdogs have lambasted Algeria’s shameful practices.

In its annual report, Amnesty International deplored that Algeria failed to improve on human rights at all levels, registering degrading treatment of migrants by Algerian authorities.

Human Rights Watch, for its part, drew attention to the summary deportation by Algerian authorities of hundreds of Sub-Saharans who are often abandoned in the desert border with Mali in harsh conditions.

Earlier in February, the International Organization for Migration (IMO) confirmed that it has saved 1000 Sub-Saharan migrants rounded up by Algerian authorities and bussed in harsh conditions to Algeria’s southern borders. These migrants are usually taken from Zeralda prison and sent to the southern city of Tamanrasset. Afterwards, authorities take them to the border with Niger where they are abandoned to their fate.

Niger has repeatedly protested the inhumane treatment suffered by its nationals in Algeria.

Also, the anti-migrant discrimination and xenophobic rhetoric were behind the recall of the Guinean Ambassador to Algiers late last year. The decision by Guinean President, Alpha Conde, who was then AU chairman, drew attention to the double speak of Algeria, which aspires to have a voice in Africa while mistreating Africans on its soil.

Civil society associations in Guinea, Gabon and Niger have urged the African Union to put the issue of the human rights violations by Algerian authorities against Sub-Saharan migrants on the agenda.