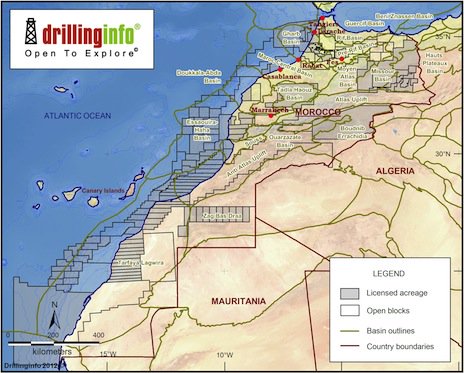 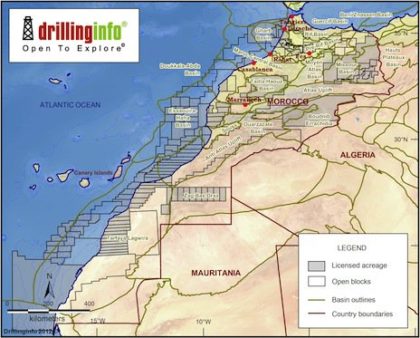 Investments in oil and gas explorations onshore and offshore Morocco since 2015 have totaled $2.8 billion (25 billion dirhams), 96% of which was paid by partners of the Moroccan hydrocarbons and mining office.

Speaking at a meeting of the board of directors of the office, the Moroccan government chief said that the increasing oil and gas explorations are drawing further investments by energy giants into the Moroccan market.

In 2017, Morocco maintained the same momentum in oil and gas licenses, Saad Eddine El Othmani added, saying that investments worth $137 mln have been launched in the gas and oil sector.

He said explorations covered a surface area of 170,000 square kilometers, including 22 onshore and 77 offshore licenses as well as 9 exploitation permissions.

El Othmani noted that 7 development wells were drilled last year, four of which in the Gharb region where three yielded a commerciable gas potential.

Earlier in January, British company SDX Energy confirmed gas discoveries in four of its wells in the Gharb region.

Sound Energy had announced that it would soon start commercializing the first gas from Sidi Mokhtar in Essaouira Basin, central Morocco.

Several drillings for oil and gas operations are being conducted in Morocco, which imports about 95 percent of its energy needs. For foreign firms, the country represents a stable frontier in North Africa that is poised to be on the international gas map in the years to come.