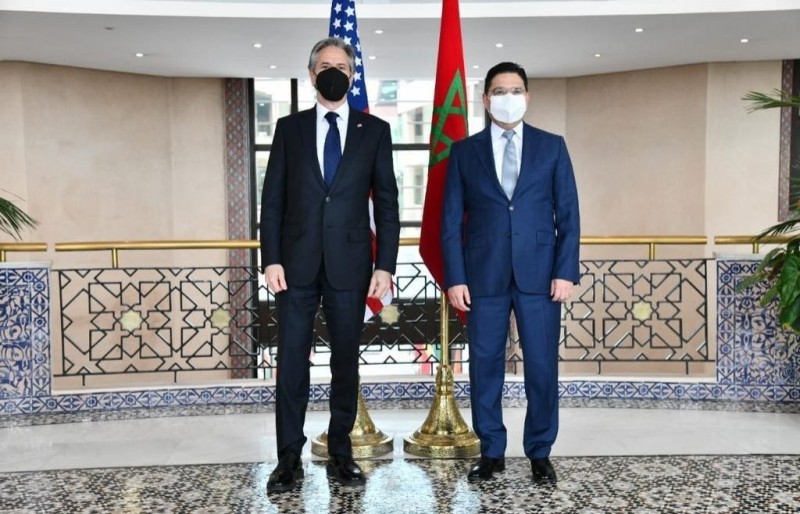 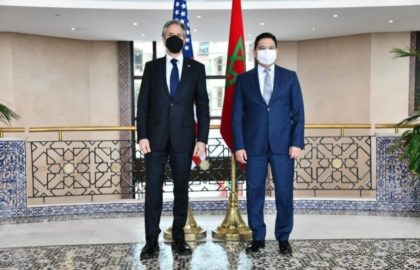 US Secretary of State Anthony Blinken said his country lauds the ambitious reforms launched in Morocco under the leadership of King Mohammed VI and looks forward to fostering ties with the Kingdom.

Speaking at a press conference with Moroccan foreign minister Nasser Bouirta, in Rabat, Blinken said Morocco and the US cooperate in favor of regional peace and security, citing Libya and the Sahel as an example.

He emphasized Morocco’s role in countering terrorism and the Kingdom’s role in the global alliance against ISIS.

The US reiterated its support for the autonomy plan as serious, credible and realistic as well as backing for the efforts led by UN envoy de Mistura.

The visit came after a summit in Israel with Bourita and foreign ministers of the UAE, Israel and Bahrain which focused on countering threats emanating from Iran and its proxies in the wider region.