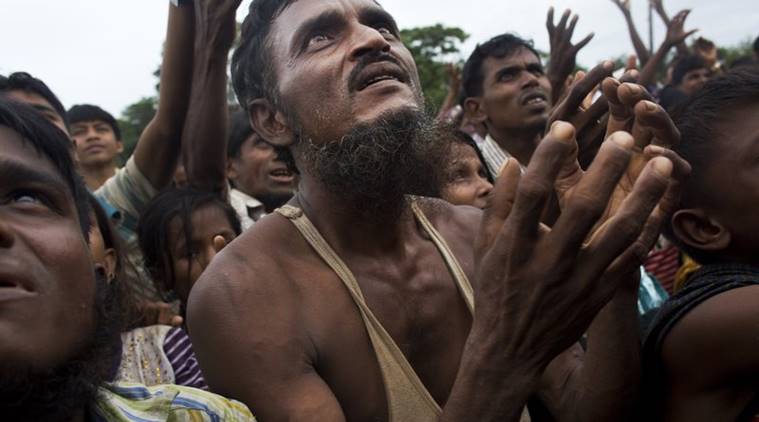 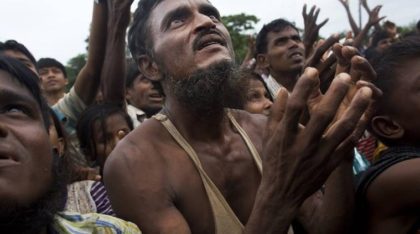 The Moroccan Foreign ministry said the aid was sent upon instruction of King Mohammed VI to alleviate the sufferings of this Muslim minority and support the efforts made by Bangladesh, which is providing shelter to these refugees.

The Moroccan assistance, consisting of tents, blankets, basic foodstuffs and medicines, will be delivered by military aircraft of the Royal Armed Forces.

According to a senior UN human rights official, Myanmar’s treatment of its Muslim Rohingya minority appears to be a “textbook example” of ethnic cleansing.

In an address to the UN human rights council in Geneva, Zeid Ra’ad Al Hussein denounced the “brutal security operation” against the Rohingya in Rakhine state, which he said was “clearly disproportionate” to insurgent attacks carried out last month.
More than 310,000 people have fled to Bangladesh in recent weeks, with more trapped on the border, amid reports of the burning of villages and extrajudicial killings.

“I call on the government to end its current cruel military operation, with accountability for all violations that have occurred, and to reverse the pattern of severe and widespread discrimination against the Rohingya population,” Hussein said.

The latest crackdown against the Muslim minority was triggered on 25 August when a Rohingya insurgent group attacked more than two dozen security sites and killed 12 people.

Militia groups, local security forces and the Burmese army responded with “clearance operations” that have forced refugees into Bangladesh and left tens of thousands more displaced inside the state.

Bangladesh’s foreign minister accused the Myanmar government of committing genocide against the Rohingya, while the Dalai Lama, a Nobel peace prize laureate, urged the Burmese forces involved in attacks on the ethnic Muslim minority to “remember Buddha”.

In Washington, White House spokesperson Sarah Huckabee said: “The United States is deeply troubled by the ongoing crisis in Burma where at least 300,000 people have fled their homes in the wake of attacks on Burmese security posts on 25 August. We reiterate our condemnation of those attacks and the ensuing violence.”

Scores of refugees in Bangladesh have given accounts of arson by Burmese security forces. Human Rights Watch said on Sunday that satellite analysis had shown evidence of fire damage in urban areas populated by Rohingya as well as in isolated villages.