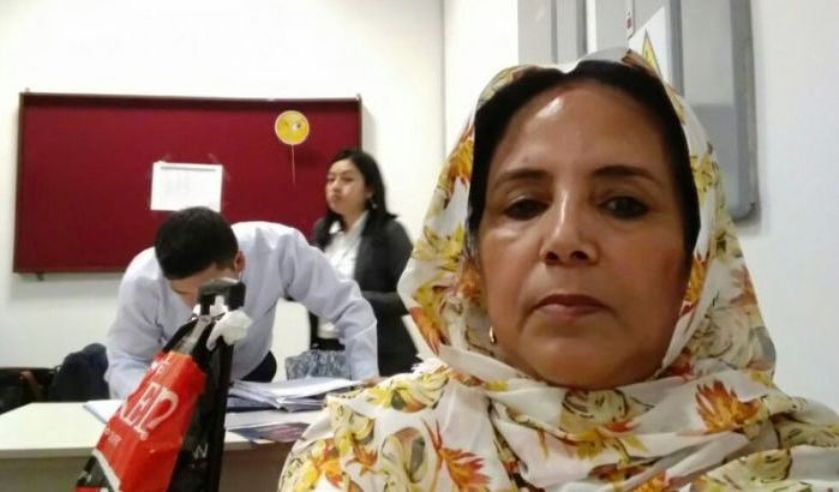 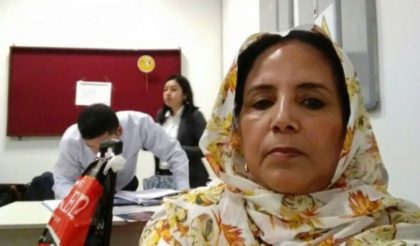 El Mokhtar was claiming to be on a special mission to Lima but Peruvian authorities, which do not recognize the separatist Polisairo entity as a state, kept her within the airport and refused to let her in.

El Mokhtar was nurturing a false hope of taking the post of the “Ambassador” of the Algerian-backed militia in Peru, which maintains close friendly ties with Rabat.

The decision not to admit El Mukhtar as Ambassador also draws the attention of the international public opinion to the anomaly of establishing diplomatic ties with a separatist entity that threatens regional peace and security in total violation of the UN Charter.

Accrediting ambassadors of the self-proclaimed Sahrawi state is most of all a political biased decision because the Tindouf-based entity in Southern Algeria is lacking attributes of the state necessary for UN membership.

The head of the Poliario militia, Ibrahim Ghali, who is wanted by justice for crimes against humanity, appointed El Mokhtar ambassador to Lima in a decision that is more akin to delirium and ignorance of the sovereign and legal measures that are inherent to state sovereignty.

The increasing withdrawals of recognitions deals the Polisario severe blows. An increasing number of states are coming to terms with viewing the Polisairo as totalitarian organization fed by an ideological anachronism peculiar to the Cold War era.

Furthermore, as relic of the cold-war, the Polisario remains obedient and dependent financially and diplomatically on its paymaster Algeria, which uses it to achieve regional hegemony to the detriment of regional stability.

Over the last years, support for the Algerian-sponsored separatist thesis in the Moroccan Sahara is waning as 43 countries have withdrawn their recognition of the SADR entity out of 80 that previously recognized it in a Cold War context.