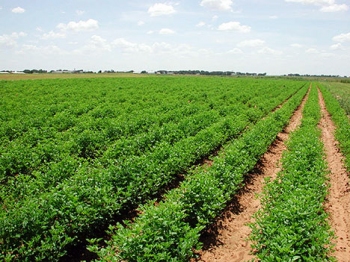 Growth expected in Morocco’s agricultural output in 2017 after contracting due to a severe drought episode in 2016 will support the country’s economic activity, says an analysis published by Proshare, an African online business.

Sustained efforts to improve the business environment and political stability will continue to boost investor sentiment, which bodes well for the North African kingdom’s ambitions to become a manufacturing and exporting hub between Europe and Africa, say the authors of the document.

“We forecast real GDP growth to accelerate from 0.9 pc in 2016 to 4.3 pc in 2017 in Morocco, as the agricultural sector emerges from its 2016 slump caused by a severe drought”, underline the experts.

In addition, “we remain optimistic on the North African Kingdom’s ability to become a manufacturing and exporting hub between Europe and Africa, as reforms to the business environment and policy continuity yield positive results on investor sentiment”, say the analysts.

This will ensure Morocco’s economic outperformance in the Middle East and North Africa region over the coming years.

The agricultural sector will experience a sharp recovery in 2017, benefiting from an improvement in weather conditions. Grain production fell by more than 70 pc in 2016 as the country experienced a severe drought, after a record harvest of 11.7mn tons in 2015.

Over the past decade, agriculture accounted for on average 13 pc of GDP and more than 40 pc of employment. As such, the sharp recovery in agricultural output will support private consumption growth in the country as well as exports.

Proshare analysts also say that continued reforms to the business environment and political stability will boost investor sentiment over the coming years, affirming that Morocco has gradually climbed in the World Bank’s Ease of Doing Business index over the past decade, from the 129th position globally in 2008 to the 68th position in the latest edition.

Investment promotion efforts by the government will underpin Morocco’s gradual move towards higher-skilled manufacturing over the coming years. According to the Manufacturing Production Index, the auto and other transportation (which include aeronautics) sectors outperformed in 2016.

Foreign investment in the auto sector underpins this positive trajectory, with French manufacturer Renault increasingly using Morocco as a manufacturing base.

Improvements in the tourism sector are another positive factor for the Moroccan economy. In 2014-2015, the crucial tourism industry accounted for 18.5 pc of GDP and 16.6 pc of employment, including indirect effects.

According to the World Travel and Tourism Council, the sector, which suffered from the regional security turmoil affecting the MENA region, has been showing signs of recovery over the past year and a half. Illustrating this trend, tourism receipts (in nominal local currency terms) have returned to positive growth, while the restaurant and hotel sector expanded by 9.6 pc in Q4 2016.