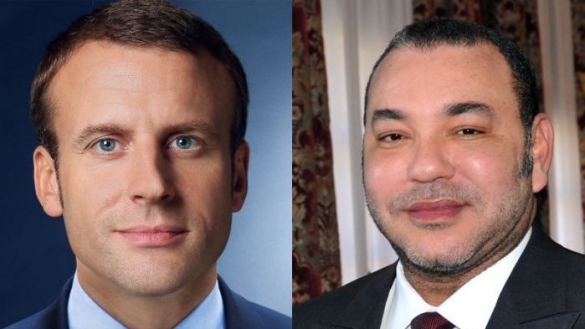 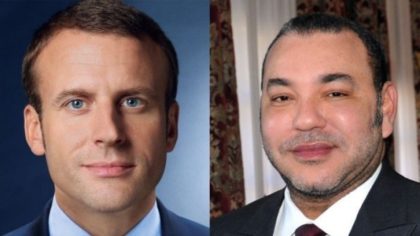 King Mohammed VI who was among the first heads of State to congratulate on Sunday Emmanuel Macron for his victory at the French Presidential elections, held a phone conversation with the President-elect on Tuesday.
During this phone call, the Sovereign reiterated his warm congratulations to Macron for his election, which was “marked by broad support to his vision for the future of France and the well-being of his fellow citizens,” the King’s Office said in a statement.

It was also an opportunity to highlight the distinctive nature of the relationship between the two countries in all fields, as well as the shared will to consolidate and enrich this exceptional partnership, the statement said.
In his Sunday congratulations message, King Mohammed VI lauded the personal characteristics of the new President who represents a “choice for progress, openness and confidence in the future.”
The Monarch expressed satisfaction with the longstanding ties of friendship existing between his country and France, which he highlighted as a “strategic choice”. He voiced confidence that Macron will add fresh impetus to strengthen further ties between France and Morocco.

Macron said last April that Morocco is on top of the countries that he would visit as soon as he wins elections. Macron considers Morocco a key player in his Mediterranean and Africa strategy, Macron’s diplomatic adviser Aurélien Lechevallier had said.

Lechevallier had added that regarding the Sahara issue, Macron will maintain France’s position in favour of UN-led efforts to find a political and mutually acceptable solution to the regional dispute, reaffirming that Morocco’s autonomy initiative represents a credible basis to reach a political settlement.