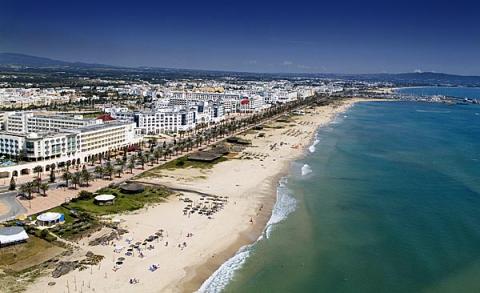 The battered tourism sector in Tunisia has received a much needed boost from China’s Shanghai World Travel Fair which celebrated the north African country as the “Best African Tourist Destination in 2017”.

This timely distinction will add fresh impetus to the tourism sector in Tunisia as it seeks to diversify its tourist sources. It will also help Tunisia showcase its tourism attractions in China, the largest tourists emitting market in the globe with 100 million travellers annually.

Last year, Chinese tourists visiting Tunisia rose by 94% to stand at 7396 tourists. This year the number of Chinese visitors to Tunisia jumped 400% during the first quarter of 2017 compared to the same period last year.

Tourism was severely impacted by the terrorist attacks that struck Tunisia in 2015 scarring the country’s reputation as a holiday destination. Russians and Algerians have to some extent saved the tourist season in 2016 after ISIS attacks deterred tourists hailing from the traditional markets of France, Britain, Germany and the Netherlands.

The 2015 attacks tarred the image of a peaceful Mediterranean country in north Africa where tourism is a vital sector in the economy and main source of hard currency as well as the largest employer.

The repercussion of the decline of the tourism sector were felt in a slow economic growth, standing at a meagre 1% and the depreciation of the Tunisian dinar which hit record lows against the US dollar.