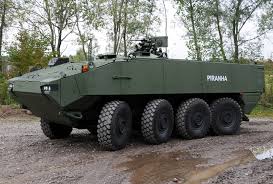 The N°2 in the Spanish Defense Ministry added that the Spanish Army could acquire in other phases of purchases around 1,000 units for a total cost estimated at $4 billion. According to the official, $1.7 billion will be disbursed for the acquisition of the units and $2.4 billion will finance maintenance and modernization services during the 30 years of useful life of the program.

The objective of this national program is to obtain an 8×8 wheeled armored vehicle to replace the obsolete 6×6 wheeled Pegaso BMR after 40 years of service, Defense News said.

It quoted Vicente Conde as saying that “the 8×8 armored fighting vehicle will be useful for today’s hybrid threat environments, or for the vast majority of scenarios to which current security challenges will lead us. It is especially suitable for current low-intensity operations, especially in Africa”.