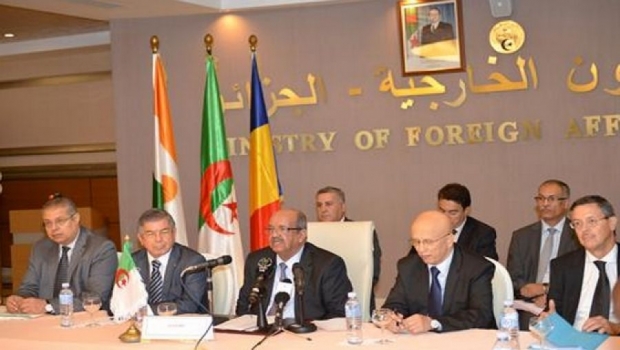 Algeria calls for security partnership with Chad and Niger 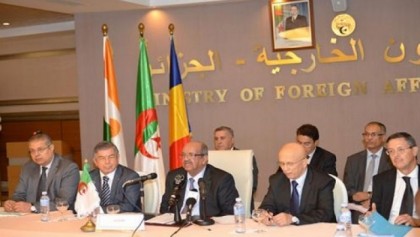 The foreign ministers of Algeria, Chad and Niger met in Algiers on Sunday to discuss the security challenges facing the Sahel region with emphasis on the ongoing Libyan war while showing support for the implementation and respect of the peace agreement in Mali.

Algeria’s Minister of Maghreban, African and Arab Affairs Abdelkader Messahel said that the three countries need to reinforce consultation and coordination of their efforts because of the “various security challenges and threats” they are facing. The meeting already showcases “the quality of relations linking our three countries and our willingness to further strengthen them in all fields, particularly regarding peace and security issues in our sub-region.”

One of the main threats is terrorism and trans-border criminality across the Sahara desert.

Algeria has been fighting terror groups linked to al-Qaeda for a long time while Chad has recently been experiencing suicide attacks by Boko Haram, a Nigerian based Islamist group that has pledged allegiance to the Islamic State. Niger has been the least concerned.

The three countries share borders with Libya and Messahel stated that “the growing violence and insecurity” in Libya should be of concern because “this situation is further exacerbated by the inter-community clashes and their consequences on the security in our countries.”

Several fatal inter-community clashes have been reported in southern Algeria and armed security personnel had to intervene to calm the situation.

At the end of the tripartite meeting, a joint statement called for a political solution preserving Libya’s unity and territorial integrity through the formation of a national unity government that will promote national cohesion with the support of the international community.

U.N envoy to Libya Bernardino Leon said last week that an agreement could be reached between the rival Libyan governments in a few days.

North Africa Post's news desk is composed of journalists and editors, who are constantly working to provide new and accurate stories to NAP readers.
NEWER POSTTunisia: security stepped up to ward off eminent attacks
OLDER POSTEgypt calls for urgent consultations on Ethiopian dam