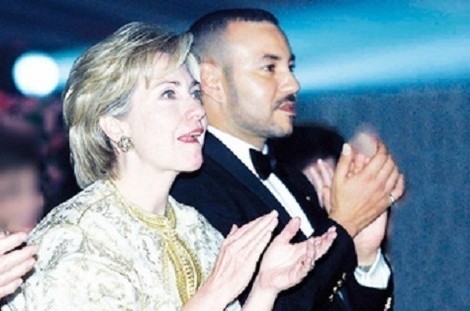 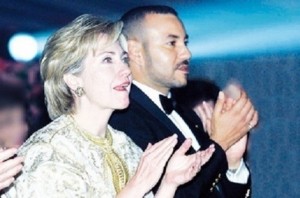 U.S. Secretary of State, Hillary Clinton, is expected in Morocco next week for a visit during which she will confer with King Mohammed VI on the Morocco-US Strategic Partnership, the Middle East peace process, the security challenges in Mali and the situation in Syria.
According to the moroccoonthemove.com website, which is closely following U.S.-Moroccan relations, the “strategic discussions” between Morocco’s king and Mrs. Clinton are to take place on December 11 and will cover “specific steps Morocco and the U.S. can take within their strategic partnership to overcome security challenges in Mali and Syria, address the Middle East peace process and regional humanitarian concerns, and deepen the US-Morocco bilateral relationship.”
While in Morocco, Secretary Clinton will also attend the fourth “Friends of Syria” meeting, to be held in Marrakech the same week.
The meeting on Syria, to be attended by more than 100 delegations, will discuss ways and means of reaching agreement on a common strategy that will likely ensure a political transition, mobilize aid for refugees caught in a humanitarian crisis and address regional security implications. Morocco has worked closely with the US to advance a common and progressive position among Arab nations on the crisis, according to the same website.
Meanwhile, Washington hosts as of December 4 the U.S.-Moroccan business development conference that will discuss ways to increase trade and enhance business development between the to countries, which are bound by a free trade agreement (FTA) implemented since 2006, in sectors such as aerospace, agriculture, automotive, and renewable energy and infrastructure.
The conference will bring together Moroccan and U.S. officials as well as representatives from the two countries’ business communities, including head of the CGEM, Moroccan employers’ union, Mrs. Meriem-Chekroun Bensalah.
According to the State Department, the U.S.-Morocco FTA “is one of the United States’ most comprehensive free trade agreements.” It eliminated tariffs on 95 percent of traded goods and bolstered trade and investment between the two countries, resulting in two-way trade valued at $3.79 billion in 2011.
Currently, there are more than 120 American businesses operating in Morocco, which have invested $2.2 billion and have created more than 100,000 direct and indirect jobs, the State Department said in a release. However, in order to achieve the FTA’s full potential, the United States is providing $1.5 million in assistance designed to attract foreign investors to Morocco, to foster local economic development, and strengthen the legal and regulatory framework, the release said, adding that the business development conference aims to foster awareness among U.S. businesses of opportunities to trade with, and invest in Morocco.
The U.S.-Moroccan business development conference is part of the Strategic Dialogue launched last September 13 in Washington between the two countries, which translated thus their continued desire to strengthen the already excellent and mutually beneficial relations binding them. The two countries had then signed a Memorandum of Understanding (MOU) spelling out broadly defined spheres for cooperation, including political, security, economic, and education and cultural affairs.
The Strategic Dialogue offers Morocco and the United States opportunities to strengthen their cooperation and provides mechanisms to advance policies and programs throughout the region and elsewhere where both nations share common values, goals, and interests.
Under this dialogue, the two sides hold regular meetings at the level of working groups, and an annual high-level meeting alternately in Rabat and Washington.