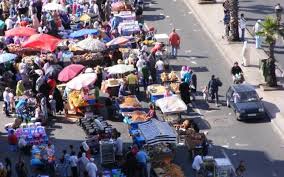 Social welfare protection to cover all Moroccans in five years

Morocco will expand social welfare protection to all its citizens within five years through a gradual approach, said Finance Minister Mohammed Benchaaboun, after King Mohammed VI urged in the State of the Nation speech on July 29 speeding up such a national project.

Benchaaboun said the plan will proceed gradually with the first phase (2021-2023) focusing on the generalization of mandatory health insurance and family allowances followed by a second phase (2024-2025) to enlist citizens in pension funds and launch unemployment benefits.

The expansion of the social welfare protection reform would mobilize an additional annual budget of 10 to 15 billion dirhams, he said at a news conference Tuesday in Rabat.

The success of this plan hinges, however, on updating the legal framework, upgrading hospitals and health infrastructure, the launch of the unified social registry to allow a better targeting of the needy and a tax reform to allow companies to pay a single tax merging local and national duties.

The minister pointed that at least a third of the Moroccan work force are not benefiting from any form of social protection, hence the importance of this project.

The King had urged the government in his speech to speed up the expansion of social protection, which would help curb the informal economy.

About 4.3 million Moroccan households live on the informal economy.