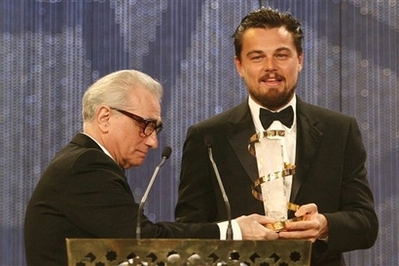 The 12th edition of the Marrakech International Film Festival kicked off Friday evening in the presence of scores of stars from the four corners of the world.
The festival was first held in 2001. The world was still under the shock of the 9/11 attacks and organizing a film festival in such an uncertain environment was a real challenge. But Morocco, known as a peaceful, moderate Muslim country which has always advocated tolerance and openness, brushed aside fears, and challenging terrorists and terrorism, stuck to its initial plans and did not cancel the event. Contrary to all pessimistic and skeptical expectations, the festival was a success and attracted crowds. Since that time, the festival has been firmly established as the place to be seen if you’re in the cinema industry and has become a can’t-miss event for producers, directors and actors as well as for international media.

The Marrakesh Festival or FIFM, supported by the King of Morocco, Mohammed VI, in person, by his younger brother, Prince Moulay Rachid,  who is chairman of the FIFM Foundation that was set up in 2002, and by the major governmental and non-governmental film institutions, has become a must-attend cinema rendezvous, like Cannes, Berlin, or Venice.
Since its first edition in 2001, the festival which showcases domestic and international fiction and short movies has been attended by renowned directors, screenwriters, producers and actors, including among many others Martin Scorsese, Emir Kusturica, Shah Rukh Khan,  Francis Ford Coppola, Claudia Cardinale, the late Youssef Chahine, Sir Sean Connery, Roman Polanski, Abbas Kiarostami.
Each year, the festival entrusts the chairmanship of the jury to one of the greatest stars of world cinema. This year, the honor will go to British filmmaker John Boorman  after Charlotte Rampling (2001), Jeanne Moreau (2002), Volker Schlondorff (2003), Alan Parker (2004), Jean -Jacques Annaud (2005), Roman Polanski (2006), Milos Forman (2007), Barry Levinson (2008), Abbas Kiarostami (2009) John Malkovich (2010) and Emir Kusturica (2011).
Besides John Boorman as chairman, the 2012 jury is made up of British actress Gemma Arterton, Canadian actress Marie-Josée Croze, Italian actor Pierfrancesco Favino, Moroccan director, screenwriter and actor, Jillali Ferhati, South Korean director, screenwriter and producer Jeon Soo-Il, U.S. director, screenwriter and producer, James Gray, Indian actress, Sharmila Tagore, and French actor, Lambert Wilson.
Emir Kusturica, Benoit Jacquot, Zhang Yimou, Jonathan Demme, Ma. Mendoza, Claude Lelouch, Matteo Garrone, Darren Aronofsky and many other filmmakers have been invited to take part in the festival’s rich and diverse programme. As put by organizers, “these are all artists who capture the impossible on camera, who have given and who continue to give – so much to see, to discover, to love, and to desire.”

Each year, the FIFM pays a special tribute to a country through the celebration of its cinema as well as to great Moroccan and foreign figures, actors and moviemakers. This year, Marrakesh will be in Hindi mood. As Indian cinema is celebrating its centenary next year, Marrakech International Film Festival chose to be the first to celebrate this centenary. So, the FIFM 12th edition will welcome the largest Indian delegation ever assembled at an international festival, and screen a great number of Hindi films throughout the week, including every night at the open-air screenings on the famous Jemaa El Fna Square, with some of Bollywood’s greatest stars and filmmakers presenting their films to Moroccan audiences who are long-time Bollywood fans.
The delegation, led by veteran star Amitabh Bachchan, will be honored during a tribute ceremony on Saturday, December 1st .
The festival will also pay tribute to icon of Indian cinema, director Yash Chopra, who passed away earlier this year, and will screen his last film, Jab Tak Hai Jaan staring Shah Rukh Khan, Katrina Kaif and Anushka Sharma, in the presence of Shah Rukh Khan.
More than 80 films representing 21 nationalities will be screened during the festival. As in each of the past 11 editions, the focus of the official competition, made up of 15 films, is Discovery. Many of them are debut or sophomore films, say the festival organizers.
The films in competition this year include two Moroccan movies, namely Horses of God (Ya Khayl Allah) by Nabil Ayouch and Zéro by Nour-Eddine Lakhmari.
The “Coup de Coeur” competition features today’s Moroccan filmmaking, reaching maturity. “Al Bayra” by Mohammed Abderrahman Tazi, “Elle est diabétique 3” by brothers Noury and “Malak” by Abdeslam Kelai will vie for this “Coup de Coeur” competition award.
The out of competition films present the essence of filmmakers reaching out to their audiences, while the Cinécoles short film competition reveals tomorrow’s Moroccan filmmakers.
The FIFM is actually not only a great film competition, but also a privileged space for debate, creativity and learning as it provides a platform for young filmmakers through Cinécoles and Maters class.

It was during the 2007 FIFM that the Master Class concept was born, when legendary Martin Scorcese gave the first course, while the Cinécoles short film competition was inaugurated at the 10th FIFM in 2010. The competition is open to students in Moroccan cinema institutes and film schools. With this short film competition, the FIFM Foundation wishes to develop a place for creativity and job opportunities for budding filmmakers, as well as create a real platform during the Festival to foster exchanges between seasoned professionals and young directors. It is also a unique opportunity to introduce “student cinema” in Morocco as part of a prestigious event. In 2012, the prize will be awarded for the third time.
Thus, the Marrakech International Film Festival proves it is a vital part of cinematic creation as it is a festival enjoyed by all cinema lovers.