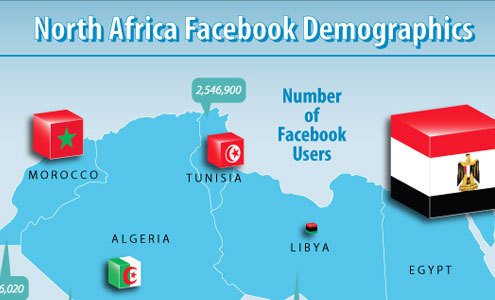 How important has been the role that social media have played in the Arab Spring uprisings and the subsequent democratic transformation affecting the North African region?

This is a question that has been hotly contested in both policy-making and academic circles essentially ever since a Tunisian fruit vendor’s act of self-immolation swiftly wreaked havoc with a number of deeply entrenched authoritarian regimes from Tunis to Cairo in 2011. One group emphasizes the great significance of the social media in that they empowered the disaffected youths, political activists and various opposition groups to coordinate their actions and communicated their agenda and goals to the population at large – all of these combined are said to have incited the revolts. Another group views the social media essentially as a double-edged weapon – although they have contributed to the successful overthrow of the aging dictators, some regimes and political groups have been effective at utilizing the same technologies to spy, subvert and influence public opinion to serve their particular domestic political purposes. Some skeptics also point to the generally very low internet access and availability across North Africa (reportedly, only 5 percent of Egyptians use social media, such as Facebook and Twitter).

Whatever the outcome of this seemingly inconclusive debate, the ongoing process of technological revolution is unstoppable. As the societies across the North African region have experienced profound changes in their population structures and social fabrics – with young people under 30 years now making up more than a half of the population – the long-standing authoritarian regimes at the dawn of the 21st century were surely bound to face challenges to their rule from a perhaps somewhat unlikely corner. In contrast to the earlier employed traditional strategies to oppose undemocratic regimes, such as student movements and sit-ins (that were also much easier to suppress by the ruthless police apparatus), today’s IT-savvy young generation possesses much more advanced tools to raise awareness about their legitimate demands. No Arab country in North Africa and the Middle East is immune from their youths’ demands on social networking websites that have provided them with a space for a free exchange of their ideas and the communication of their aspirations. The dynamics of the Arab Spring series of uprisings, especially the speed with which the rebellion has affected one country after another, testify that social media have become a powerful weapon in the hands of the people who had long suffered under the tyranny of corrupt regimes.

However, in the global age, social media technologies are no longer the exclusive domain of the left, liberal youth. Facebook, Twitter and other social media have also been readily employed by various political parties and religious groups to empower their different – and not always virtuous – agendas. Islamists – who tend to be, perhaps paradoxically, otherwise very critical of everything ‘Western’ – have proven to be among those groups that are both keen and capable of taking utmost advantage of Western-devised modern technologies for political ends. Both the effectiveness with which they organize and co-ordinate their activities and the swiftness of international communications have facilitated the Islamist groups’ strategies to choreograph global campaigns, such as the recent series of violent protests in a number of Muslim countries following the release of the controversial trailer Innocence of Muslims.

Importantly, the movie has never made its way beyond You Tube where it was posted in June. Once there, it was left largely unnoticed – much like thousands of other low-quality amateur footages posted on the video-sharing site – until September when millions of fabricated text messages, emails and tweets made the rounds in many Muslim countries drawing their attention to the movie’s insult to Islam and Prophet Muhammad and urging them to vent their anger against the United States and other Western countries. Such well-organized manipulation of sentiment is a function of modern-era politics as it has proven to be an effective rallying cry for the Islamists seeking to define their political agenda and gain popular support (not only in the run-up to the next elections).

Thus, where Al Qaeda had not succeeded with its protracted global jihad campaign, a low quality 13-minute trailer posted on YouTube has fared incredibly well – unlike the terrorist network (whose violent tactics have been increasingly denounced even by Muslim countries), the social media site demonstrated its extraordinary power to breed hatred and inflame violence against the United States while undermining Washington’s ‘soft power’ in this strategically important region. However, the risk is that, if left unchecked by governments in Muslim countries, the bloody protests triggered by a well-orchestrated social media campaign will not only temporarily decrease the sale of American hamburgers, but are also likely to have a long-term negative and destabilizing effect on the process of democratization across North Africa.