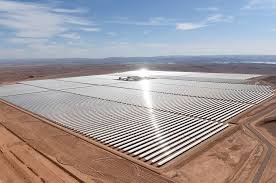 The agreement, signed during a ceremony at The UN Climate Summit (COP22) in Marrakech, is part of the Noor PV I program that consists of three projects: NOOR Ouarzazate IV, with a capacity of around 70 MW, NOOR Laayoune, 80 MW, and NOOR Boujdour, 20 MW which all make up a total capacity of 170 MW, the company said in a statement.

The project is conducive to Morocco’s goal of bringing the share of renewables in electricity production to 52% by 2030.

The company adds that Noor PV I will be ready in 12 months. Once completed, the plant is expected to be operational for 20 years.

“Morocco has been one of our most important target markets and these projects would hopefully enable us to consolidate our positioning for all forthcoming opportunities in the country and the region as a whole,” the statement quoted Bikesh Orga, an official from the company, as saying.