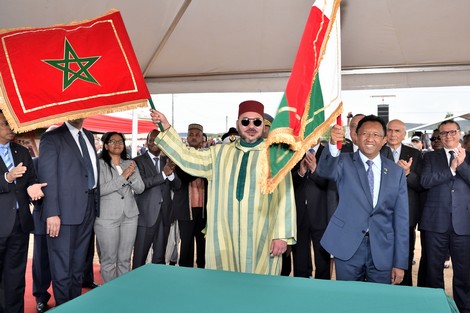 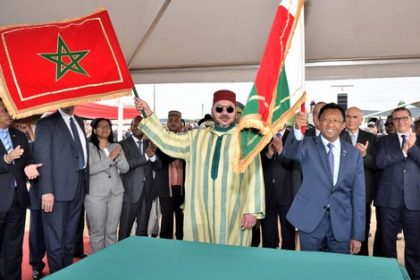 King Mohammed VI and Madagascar’s President Hery Rajaonarimampianina launched, in the Malagasy city of Antsirabe, the construction works of a hospital for mothers and children and a vocational training centre for a total cost of 220 million Dirhams, funded by Mohammed VI Foundation for Sustainable Development.

The projects were launched on the occasion of King Mohammed VI’s visit to Antsirabe, the city where his grandfather late King Mohammed V and the royal family were exiled by the French colonial authorities in 1954.

Part of south-south cooperation, the new hospital will be built over a surface area of 50,000 square meters for a total cost of 160 million dirhams.

The hospital will be ready in March 2019 and will offer healthcare to women and children. The new facility, having a 70 bed capacity, will help reduce maternal and infant mortality.

The vocational training centre, worth 60 million dirhams, will stretch over 25,000 square meters and can accommodate up to 1000 student.

The centre, to be delivered in October 2018, will offer training in fields relating to civil engineering, tourism, hotel industry and catering.

These projects are part of the momentum witnessed in Moroccan-Malagasy relations with the signing of 22 cooperation agreements between the two countries two days ago in Antananarivo during the King’s current visit to Madagascar.

This visit is the second leg in a second phase of an African tour that previously took the King to Ethiopia.