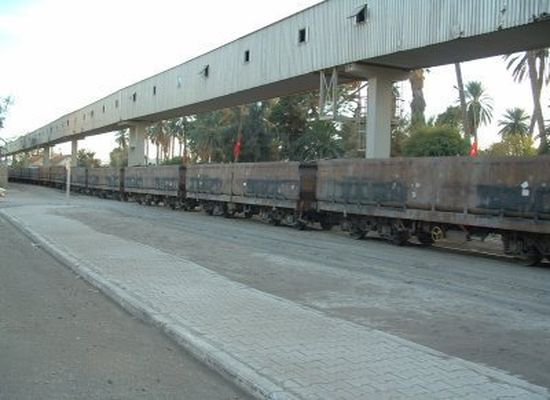 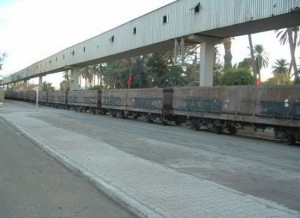 After a one-month suspension, the extraction and exploitation of phosphates in the Gafsa mining basin (south-west) as well as the phosphate washing activities have resumed their normal pace last week. The transport of phosphate and triphosphate via the railway has also resumed starting from Métlaoui (one of the towns on the mining field) towards Gafsa, an official source said.
The activities of the Gafsa Phosphate Company, a major Tunisian mining company, have been paralyzed for nearly a month because of sit-ins and protest movements staged by unemployed workers and subcontracting agents operating in production, extraction and conveyance plants. Security agents and the National Guard intervened to end the sit-ins that besieged several extraction plants and the railway line linking Métlaoui to Gafsa.
Nearly 8 million tons or 60 percent of the total volume of phosphate marketed by Gafsa Company comes from the Métlaoui sites.
Gafsa company is the main employer in the region where unemployment has been scoring high rates for several years.
According to press reports other workers who have been dismissed from the mining fields of Kaf eddouar and kaf echfeyer are pursuing their protest movement, claiming reinstatement in their jobs.
Unemployment is one of the major challenges thrown at Tunisia which is trying to carry off a delicate political transition against a background of difficult circumstances.
According to the latest African Economic outlook, unemployment in the North African country rose in 2011 to 18.9 percent of the workforce, that is to say 738 000 unemployed, of whom seven out of ten are under 30.