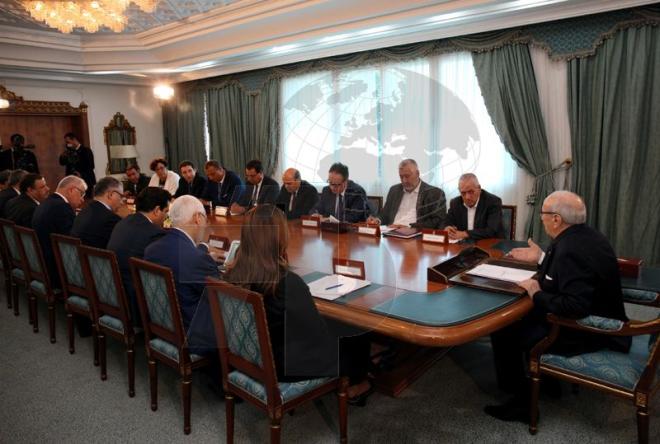 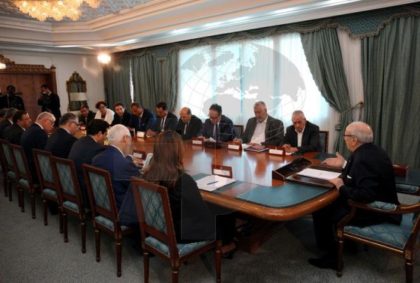 Ahead of a third consultative committee meeting for the formation of a national unity government scheduled to take place on Friday, President Rached Ghannouchi of the Ennahda Movement stated that “stakeholders in consultations agreed to close the file and announce the new government by July 25.” Chief Adviser to President Essebsi, Mohammed Ridha Chalghoum, said the committee’s meeting must lead to the development of a final document that will pave the way for a compromise on the structure and composition of the government.

Ghannouchi is hopeful of a compromise as he stated that “while consultations are open to all scenarios, Ennahda movement pledges to accept the results” and work towards establishing a new national consensus together with a social contract between politicians and national organizations.

The Secretary General of the influential Tunisian General Labor Union (UGTT) Houcine Abbasi warned about to need to have social truce and social stability, and for the parliament to “institutionalize social dialogue and ensure all means helping to address social and economic problems.” He dwelled on the social truce proposed by the Tunisian Confederation of Industry, Trade and Handicrafts (UTICA) two years ago and said “social truce currently requires a set of additional measures” before pointing out that “we are not against the truce but we can accept only on conditions guaranteeing social stability.”

President Essebsi on Wednesday said consultation meetings will remain open until the drafting of a final document of the priorities and action plan of the unity government. He hoped that the upcoming government will help the country to surpass its post-revolution socio-economic and financial crises.

Although strikes by workers have dropped by 75% this year compared to 2015, Abbasi signaled that they will continue “if the social parties are not committed to implement the agreements… So all parties must assume their responsibility by honoring their commitments and initiating dialogue within the institution of social dialogue.”