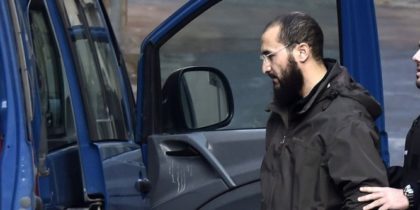 Swiss justice authorities Thursday pinned down Merouane Benahmed, former member of the Algerian Armed Islamic Group, on the run from French authorities that had put him under house arrest.

The 43-years old man was arrested at Vallorbe, in the canton of Vaud as he showed up at a Swiss registration center to apply for political asylum, reports say.

The man has been on the run from France since September 8 after failing to turn up for his daily routine reports to security forces.

He has been living under house arrest at Evron (North-West of France) since 2011 after serving ten years in prison. The former Islamist was convicted for involvement with terrorist groups plotting terror attacks in France.

According to Swiss justice authorities, he faces deportation if French authorities filed any demand. Benahmed however can still oppose it, the Swiss authorities noted.

Benahmed left his country Algeria in 1999 and sought refuge in France. He has been tried in abstentia and handed death sentence in Algeria.