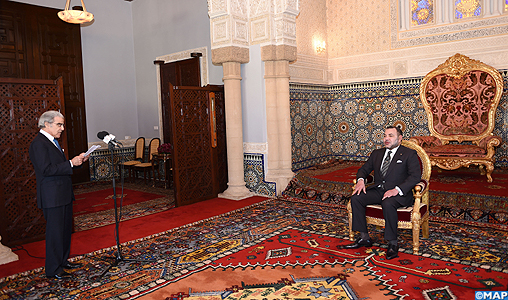 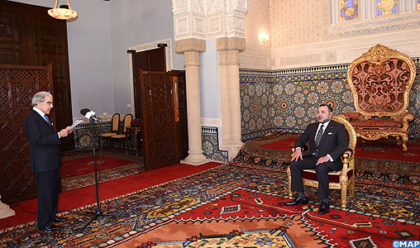 King Mohammed VI hailed the resilience shown by the economies of many Arab countries thanks to the bold structural reforms and economic diversification they embarked on and which enabled them to weather global financial crisis.

In a message addressed to the 40th meeting of the council of Arab central bank governors & Arab monetary agencies, convened Thursday in Rabat, the Sovereign said the situation in the Arab world has been marked, over the last decade, by many political and social developments.

In his message read out by governor of Bank Al-Maghrib (central bank) Abdellatif Jouahri, the Monarch cited in this regard political strife in the Arab world, the deterioration of the security situation and the spread of terrorism, which continue to undermine institutions, ruin the economy and threaten the safety of citizens in certain countries.

In addition to these difficulties and fallout of global economy slowdown, the fall of oil prices, since June 2014, is straining the economies of several Arab oil-exporting countries, affecting economic and social investment programs, added the Sovereign.

“Conversely, it is gratifying to note that in many countries, economies have shown some resilience vis-a-vis these developments, thanks to the bold structural reforms introduced and the diversification of the economic fabric”, stressed King Mohammed VI.

“I am indeed pleased to note the significant progress made by your institutions to raise the funds needed to finance economic and social development in our countries”, went on the Sovereign.

Nevertheless, he said, “I invite you to be more vigilant in order to better manage the interplay between your institutions’ traditional mission and their new assignments as far as financial stability is concerned.”

He urged Arab central banks & of monetary agencies “to consolidate control and monitoring mechanisms to prevent any malfunction of the system and combat illicit financial flows, including those benefiting terrorist groups.”

Regarding the economic situation in Morocco, King Mohammed VI said the economy of the North African country has proven to be resilient, thanks to various large-scale projects, launched since the early 2000s, as well as the untiring efforts exerted in order to build on past accomplishments and make further progress.

“We have recently undertaken a range of reforms that mostly concern the institutional framework as well as several other sectors, particularly those of education and justice, in addition to advanced regionalization and the business environment”, underlined the Sovereign, recalling the efforts made to reform the subsidy system, to enhance transparency of public finances and modernize the country’s financial system.