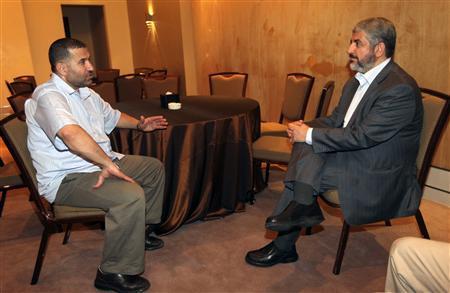 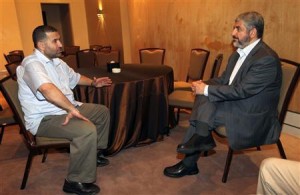 The west bank and gaza are on the alert after Israel launched a campaign of air strikes. It has assassinated Ahmed Al-Jaabari, the head of the military wing of the Islamist group Hamas in a missile strike on the Gaza Strip and its foreign minister, Avigdor Lieberman, is vying for the “toppling” of Mahmoud Abbas as president if the Palestinian bid of state observer status at the United Nations is approved.
The assassination will intensify the ongoing conflit as Hamas calls for revenge and describing the assassination as “the occupation has opened the gates of hell on itself.” Israel considers the assassination to be “a clear message to Hamas and other terrorist organisations” and warned that it could expand the operation. Israeli officials say Ahmed Jaabari was involved in financing and directing attacks against Israel, and Israeli President Shimon Peres called him a “mass-murderer” in a call to U.S. President Barack Obama. Hamas has recently fired more than 120 rockets into Israel.
Palestine is convinced that it will be able to gather the necessary votes during UN’s national assembly by the end of the month to obtain a state observer status. If this move is considered as a genuine right by the Palestinians, the decision to go ahead with it doesn’t go well its neighbors who are already considering the ousting of President Abbas as the “the only option in this case” and sees “any other option… would mean waving a white flag and admitting the failure of the Israeli leadership to deal with the challenge.”
Palestine is pushing the bid a year earlier than expected after several vetos from the United States when it tried to seek for a full U.N. membership at the Security Council.