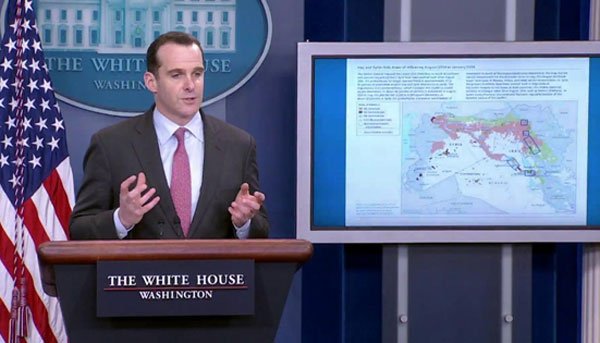 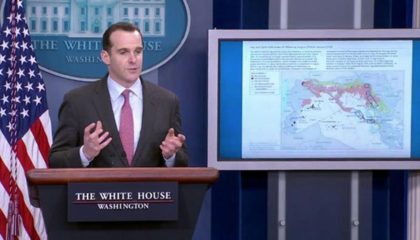 US President’s special envoy for the global coalition to counter the Islamic State (IS) group will visit Morocco early next week to update Moroccan authorities on the coalition’s actions to weed out the terrorist group, the US State Department said on Wednesday.

“Morocco is a strong partner in the Global Coalition to Counter ISIL and Special Presidential Envoy McGurk will meet with senior officials to provide an update on the campaign and discuss how we are intensifying Coalition efforts to degrade and destroy ISIL,” the US State Department said in a statement.

McGurk who is expected in Morocco on Monday August 15 has started a visit to Iraq on Wednesday.

While in Morocco, Brett McGurk will meet with Saudi Deputy Crown Prince and Minister of Defense Mohammed bin Salman, to discuss cooperation in the global campaign to defeat IS, the statement further said.

Morocco co-chairs with the Netherlands the Global Forum for Combating Terrorism (GCTF) and took part on July 21 in the first joint ministerial meeting of the international coalition against IS, held in Washington.

The ministerial meeting was chaired by US Secretary of State John Kerry.

The kingdom of Morocco has emerged as a leading actor in the fight against terrorism, and many countries including European ones are seeking to share its expertise.

Morocco helped French authorities locate the Paris attacks mastermind who was hiding in Saint-Denis, a suburb of the French capital.