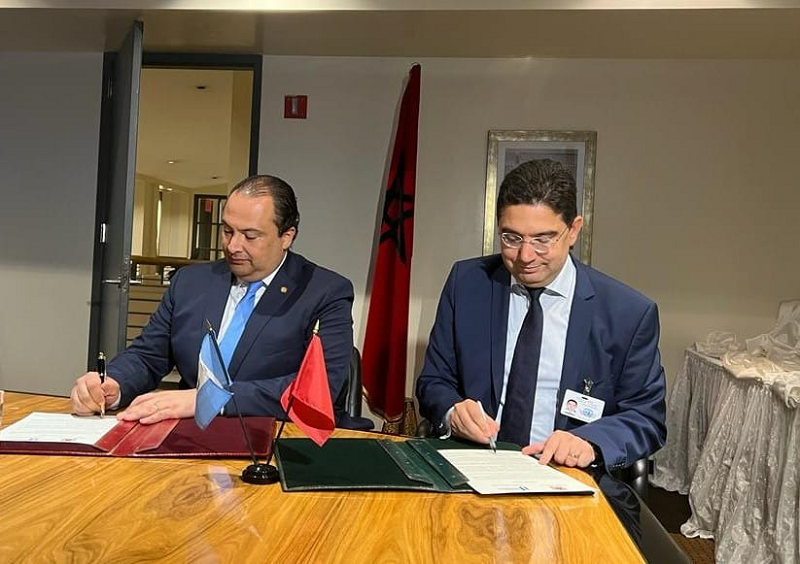 Guatemala announced on Thursday its decision to open a consulate in Moroccan Saharan city of Dakhla and voiced support to the autonomy plan offered by the Kingdom for a lasting resolution of the Sahara regional conflict.

“Guatemala deems the autonomy plan under Moroccan sovereignty as the solution to the Sahara issue and decides to open a consulate in the city of Dakhla to take advantage of its economic potential and openness onto the African continent”, said a joint statement released following a meeting held in New York between Moroccan FM Nasser Bourita and his Guatemalan peer Mario Bucaro Flores on the sidelines of the UN General Assembly.

Speaking to reporters after their talks, Mr. Flores said: “We support Morocco on the Sahara issue and we will continue to support it forever”, hailing the reforms made in Morocco under the leadership of King Mohammed VI and the role of the Sovereign and his contribution to conflicts’ resolution in Africa and the Arab world by peaceful means.

For his part, Bourita thanked the Republic of Guatemala for its supportive stand on the Sahara and praised the role played by President of this Latin American country, Alejandro Giammattei and his government at the regional and international scene for peace.

Morocco and Guatemala have decided on this occasion to step up their cooperation ties in tourism, training, energy, agriculture and fertilizers.