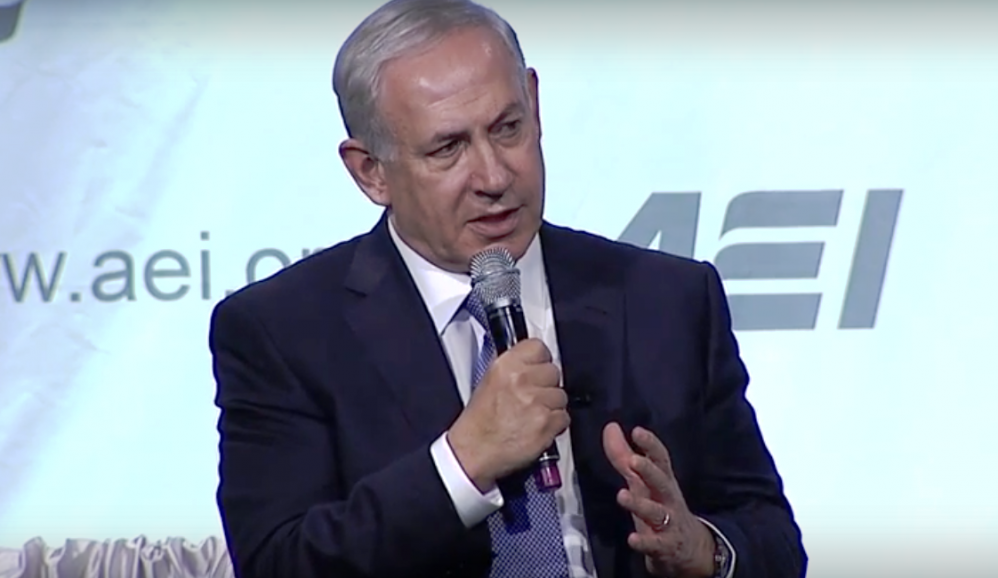 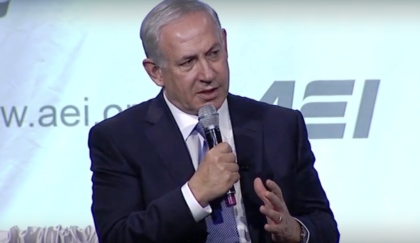 Israeli Prime Minister Benjamin Netanyahu Thursday claimed support for Egypt’s peace push in the region to solve conflict between Israel and Palestinians, at the time when ties between Cairo and Tel Aviv rewarm.
“I want to thank President al-Sisi for his leadership and for his efforts to advance peace between Israel and the Palestinians and in the broader Middle East,” Netanyahu said in a speech at an event on Egypt’s national day hosted by Egyptian envoy; Hazem Khairat.
“We welcome the efforts to advance peace by President al-Sisi and we welcome the effort to incorporate other Arab states in this larger effort of a broader peace,” he added.
“Through storms, turbulence, earthquakes, (Israel and Egypt) have remained at peace and we shall remain at peace.” Netanyahu added.
Egypt is the first Arab country to sign a peace deal with Israel in 1979.
Egyptian President al-Sisi in May urged Palestinians and Israel to seize peace making opportunities proposed by Arab countries and led by Saudi Arabia. The Arab peace plan proposes Israel to pull out from Palestinian occupied territories and enjoy in return recognition by Gulf States.
Netanyahu also reportedly held private talks with Egyptian envoy.
Cairo and Tel Aviv have renewed ties following the military coup against Islamist Egyptian president Mohamed Morsi by incumbent al-Sisi in 2013.
Morsi following Israel’s incursion in Gaza in 2012 recalled the Egyptian envoy to protest against Israeli military action.
Tel Aviv welcomed al-Sisi’s coup and also reopened its mission in Cairo in September, four years after it was stormed by angry protestors.
Al-Sisi in a return move named Hazem Khairat as Egypt’s new ambassador.
Both leaders are also mulling plans to meet in Sharm-el-Cheickh.