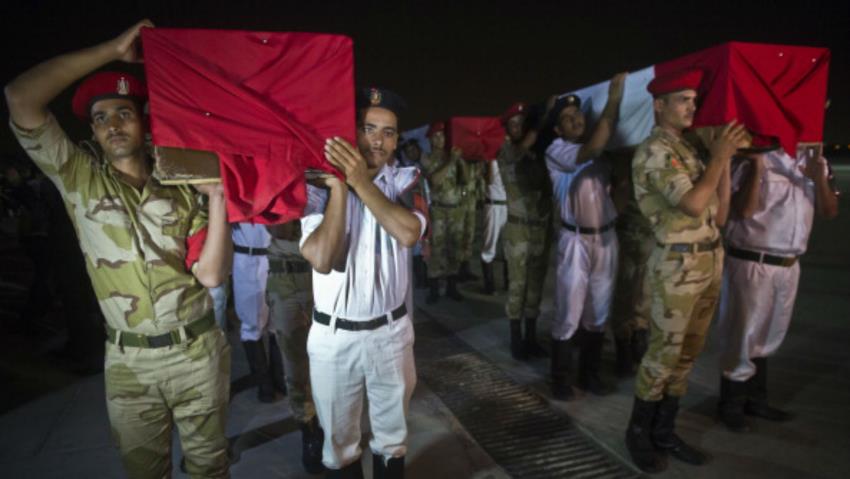 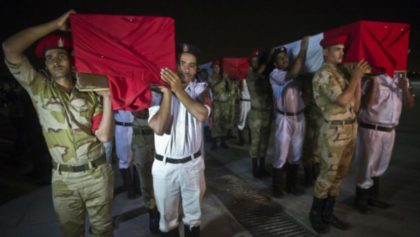 The Islamic State terror group Sunday claimed responsibility for the death of eight Egyptian policemen killed in the Hewlan district, South of Cairo.

IS’s local franchise circulated a message in Arabic calling the attack a retaliation for “the pure women imprisoned” by Egyptian authorities and saying that it was part of its Abi Ali Al-Anbari campaign involving a series of bombings in Iraq.

The eight policemen, among whom a Lieutenant, were killed on Sunday as they were patrolling in the district of Hewlan. The militants driving in a pick-up crossed in front of the police squad and spread their vehicle with automatic rifle fire, the interior ministry said.

Egyptian security forces have been stranded in repeated clashes with the militants for several years. Most attacks have occurred in the Sinai but the militants have also mounted attacks in cities including Cairo taking aim at authorities as well as foreigners.

In October last year, IS affiliate in the Sinai claimed credit for downing a Russian passenger jet with 224 people on board few minutes after takeoff from Sharm-el-Cheikh airport.

Interior minister Magdy Abdel-Ghaffar who was attending Sunday the funeral of the eight police officers vowed to bring the perpetrators to book adding that victims were heroes.

“We are determined to continue our march against terror and anyone who seeks to undermine the nation’s stability,” Abdel-Ghaffar told state television.