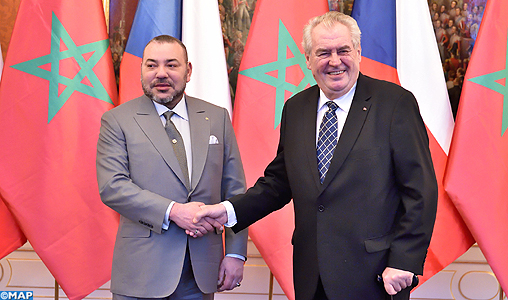 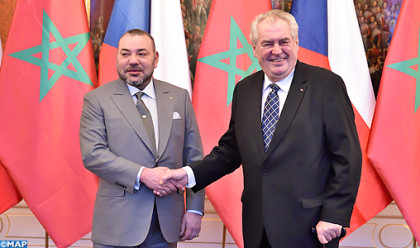 King Mohammed VI of Morocco who is on a working visit to the Czech Republic held tête-à-tête talks with President Milos Zeman in Prague on Monday.

The two heads of State discussed topical regional and international issues as well as means to further consolidate the two countries’ political relations and enhance their economic exchanges.

The Czech Republic lists the North Africa country among 25 states it considers as “priority countries.”

The Eastern European country opened a commercial representation office in Casablanca in 2013.
The King’s trip to the Czech Republic which took place after his official visit last week to Russia translates his strategy to promote his country’s openness onto all parts of the world.