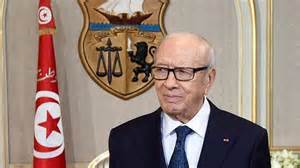 The announcement signals that Tunisia will spend almost half of the current year under a state of emergency as the country battles against terrorism and suicide bomb attacks.

The Interior ministry on Monday stated that forces of the counter-terrorism unit “dismantled a cell which included 12 extremists who were recruiting young people to send into Libya to join Daesh (Islamic State).”

Some of those arrested have reportedly helped the terrorists who earlier this month attacked the border town of Ben Guerdan from Libya killing 12 soldiers and 7 civilians.

That battle raged for more than three days before Tunisian forces killed 50 militants and took full control of the town where the Jihadists were planning to set up an emirate.

Tunisia continues to be on a high alert and President Rashid al Ghannouchi of the Ennahda Movement believes that Tunisia would overcome extremism and the Arab Spring because they “managed to bring together the secularists and the Islamists who have been engaged in long conflicts, to ensure democratic transition and adopted the principle of agreement instead of election in which the majority does not help in such fragile experience.” He told the 10th Aljazeera Forum that the Tunisian revolution was successful because they “firmly stood against the law of exclusion for the former regime elements.”