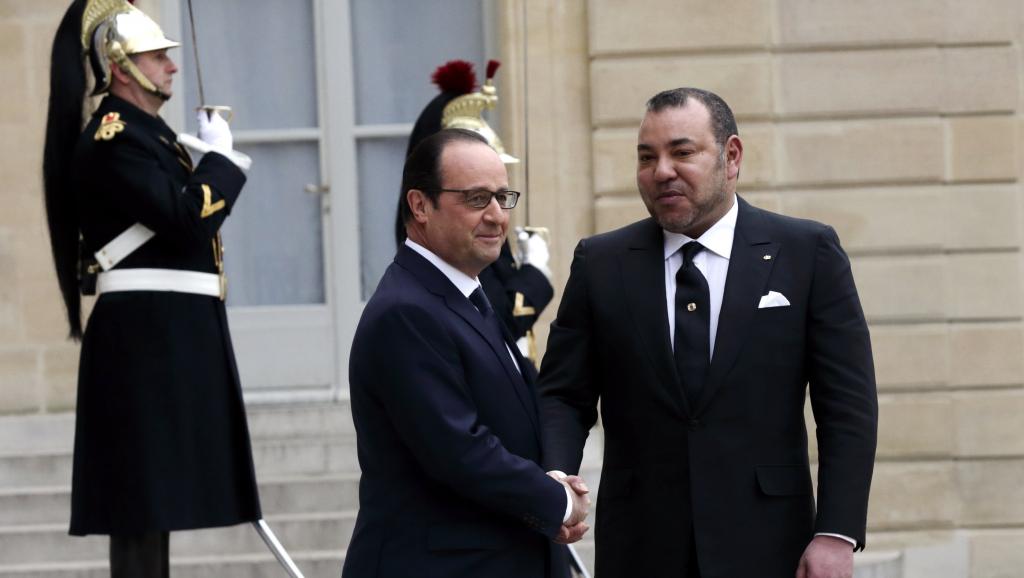 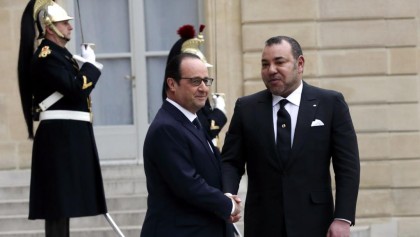 King Mohammed VI is expected in Paris next Wednesday on a working and friendship visit to France, during which he will confer with President Francois Hollande.
During this summit meeting, the two heads of State will discuss an array of issues of common interest, primarily bilateral cooperation, the situation in North Africa, and the two countries’ joint efforts to fight terrorism.
The climate change international conference COP22, scheduled in Marrakech next November 7 through 18, will also be high on the agenda of talks, as France holds the presidency of the COP21 until it hands it over to Morocco in Marrakesh.
The Wednesday meeting will be the third between the two heads of State since last November.
Actually King Mohammed VI had called on President Hollande at the Elysée few days after the November 13 terror attacks that targeted several areas in Paris, killing 130 persons.
During this meeting, President Hollande had hailed Morocco’s valuable cooperation and “effective assistance” as well as the effectiveness of the Moroccan intelligence services that helped track down the authors of the Paris attacks.
It was indeed the intelligence provided by Morocco that helped put the French investigators on the trail of Belgian-Moroccan jihadist Abdelhamid Abaaoud, the alleged mastermind of the Paris attacks, who was killed during a raid carried out by the Police against his hideout.
The Moroccan and French leaders had then voiced their countries’ shared determination to carry on together the fight against terrorism and radicalization and to work jointly to settle regional and international crises.
King Mohammed VI and President Hollande had also met on November 30 on the sidelines of the climate change international conference COP21 held in Paris.
This new friendship and working visit will surely give a new momentum to the already exceptional partnership binding the two countries.