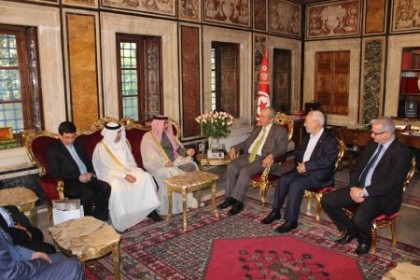 Tunisia has reiterated its strong opposition to a military intervention in neighboring Libya, warning that such an intervention will be disastrous in many ways, including security and flow of refugees, to the country and to its neighbors.

Speaker of the Tunisian Parliament, Mohamed Ennaceur, said Monday that his country will try to convince European allies and the US to opt for a political solution to end the nearly five-year political, security and humanitarian crisis that has embroiled Libya.

The Parliament Speaker made the remarks at a meeting in Tunis with the Vice-President of the International Federation of Red Cross and Red Crescent Societies, Qatari Mohammed bin Ghanem Al-Ali Al-Maadheed.

He said he would visit the European Parliament this week to underscore Tunisia’s rejection of a military intervention in Libya and its attachment to a political solution.

Rached Ghannouchi, leader of the Ennahdha Party, who also took part in the meeting told reporters that his party rejects any foreign intervention and will spare no effort to prevent a military intervention in Libya.

Also on Monday, Minister of Defense Farhat Horchani told the parliament that recent measures, including the construction of a border wall, to curb infiltration of jihadists are insufficient to deter IS fighters from taking refuge in Tunisia in the event a military intervention in Libya takes place.

Horchani also pointed out that Tunisia will be the worst affected country by such an intervention and that consequences will be disastrous.

As the military intervention to weed out IS which has turned Libya into its new base looms, countries in the region are also sending warnings of dangerous consequences to unfold.

Sunday, Algerian and Tunisian Foreign Ministers voiced rejection of a military intervention in Libya and urged all Libyan protagonists to promote a political solution and work together to end the reign of the Islamic State group.