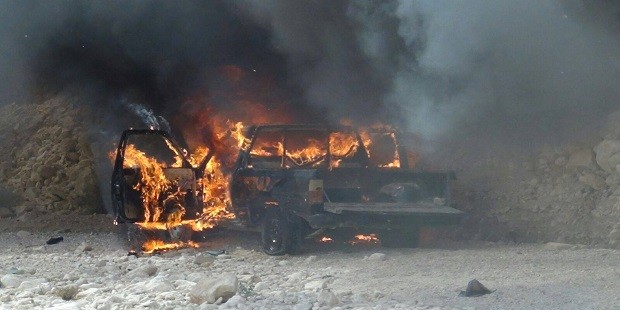 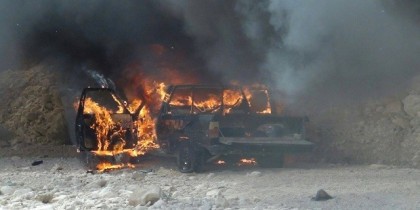 Egyptian military sources Sunday indicated that the army killed 26 terrorists and arrested five suspects in military raid in a move to weed out IS-affiliated militants.
The Defense Ministry in a statement added that it carried out raids in Arish, Sheikh Zuwayed, Rafah and some areas in Central Sinai.
The ministry also indicated that it destroyed a mini truck and four motorcycles used by takfirists to target security posts, and dismantled 18 explosive devices on the routers of the forces.
The military further more announced the seizure of three machine guns and a sniper gun as well as binoculars, 63 bullets, seven sacks of TNT.
In addition, military spokesperson Mohamed Samir indicated that “a wanted “terrorist,” Abdullah Salman Salem, was arrested in a campaign based on intelligence.”
Samir’s facebook page also indicated that another terrorist on camel on was arrested in possession with TNT sacks plus some weapons as well as food meant for the extremists.
Egyptian army and security forces have been embroiled in repeated attacks by North Sinai militants who have stepped attacks following the ouster of Egypt’s Islamist President Mohamed Morsi by the army in 2013. Hundreds of security personnel have been killed with last year June being the worst loss for the army after the militants stormed coordinately military and police positions killing dozens of security forces.