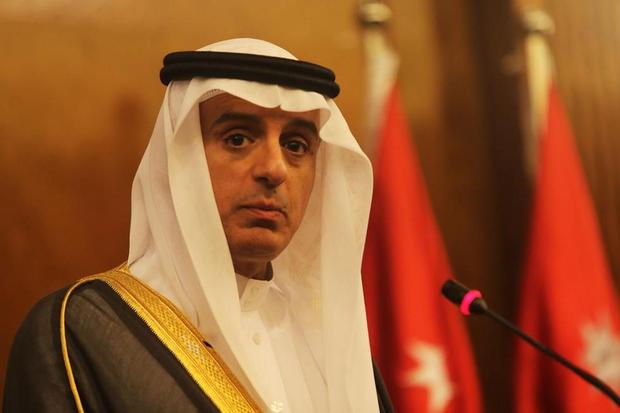 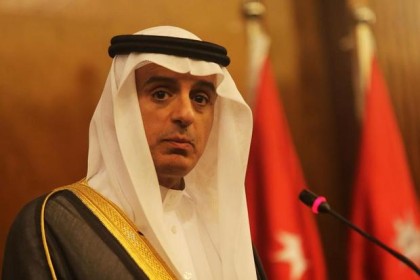 Saudi Foreign Minister Adel Al-Jubeir Sunday announced the suspension of diplomatic ties between the two gulf regional rivals following the attack on the Saudi diplomatic mission in Teheran over the execution of Shiite cleric in Saudi Arabia.
The Saudi top diplomat told reporters at a news conference that all Iranian diplomats have been asked to leave the Saudi kingdom within 48 hours adding that Saudi Arabia will not allow Iran to jeopardize its security.
Jubeir also told reporters that all Saudi diplomats have quitted Iran following the storming of the Saudi embassy in Tehran by an angry Iranian mob in a protest to the execution of Saudi Shiite cleric Nimr Al-Nimr.
The Saudi embassy in the Iranian capital was set ablaze by an angry crowd which hurled Molotov cocktails inside the mission’s compound.
Jubeir also indicated that the Iranian regime was accomplice of the attack on the mission saying that Iran security forces were present at the scene but did not prevent the protestors from carrying out their attack.
He furthermore accused Iran of supporting terrorism in the regime while threatening that all options are open to contain Iran’s influence in the region.
Also on Sunday, Iranian President Hassan Rouhani on his Twitter account condemned the attack on the Saudi mission and promised to protect all foreign missions in Iran. He also promised to prosecute those who torched the Saudi mission in Tehran.
President Rouhani also criticized Saudi for the execution of the 56-year-old Saudi Shiite cleric along with some other 46 people accused of incitement to violence following the 2011 unrest in the east of the Saudi kingdom.
Rouhani also panned Riyadh for fueling sectarian divisions which have cracked the region.
Also on Sunday for the following the Saudi announcement of the execution of cleric, Iran’s top leader Ayatollah Ali Khamenei warned Saudi Arabia of “divine revenge”, reports say.
Saudi Arabia and Iran have been fighting for regional leadership in proxy wars in Syria, Yemen and Iraq.
Saudi Arabia accuses Iran of supporting terrorist groups namely the Houthi rebels battling Saudi-backed Yemen Hadi regime. Saudi Arabia also accused Iran of supporting Syria’s Assad whom Riyadh wants see removed.
Saudi Arabia also willy-nilly accepted Iran’s historic deal of Western powers over its nuclear program. Riyadh casted a doubt on Iran’s genuine commitment to the deal – pushing the Obama Administration to guarantee America’s support in case Iran attacks Saudi Arabia and its allies.