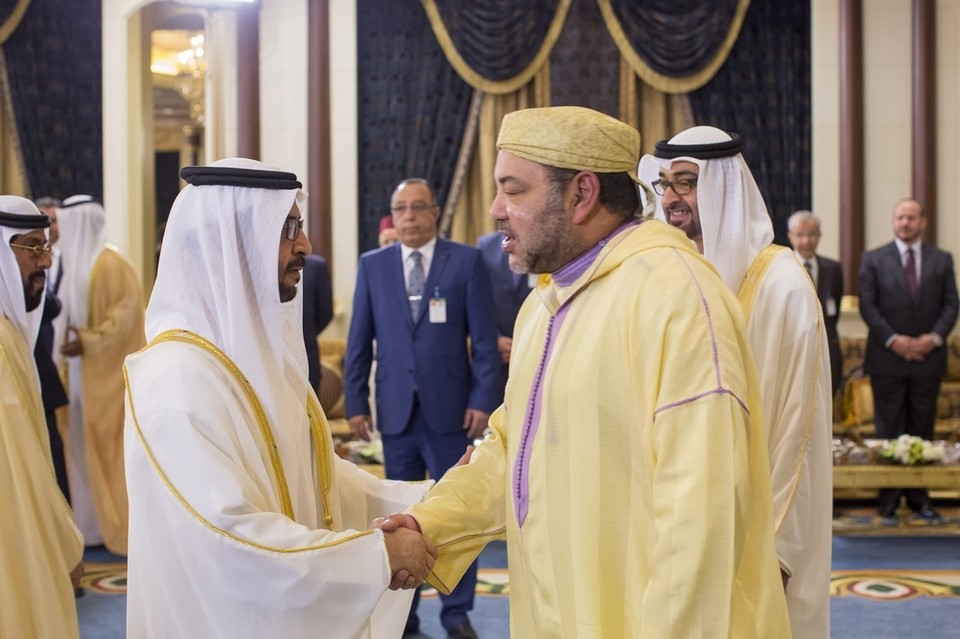 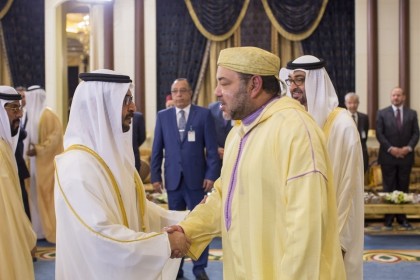 Morocco and the United Arab Emirates are two Arab countries sharing deep and sound friendship ties that are expanding to all sectors of common interests.

The two countries stand side-by-side in their common endeavor for sustained development and in their determination to establish world peace and security in this global village.

Moroccan community is rapidly growing in UAE, while Emirati investors are enhancing their presence in the North African nation in various sectors such as finance, hotel industry, services, housing…

According to diplomats, political relations between the two countries are more than excellent and are fostered by mutual understanding and thriving trade exchanges.

The best illustration of the excellence of relations binding the two countries is the work and friendship visit King Mohammed VI of Morocco is currently paying to the UAE.

The Moroccan Sovereign attended on Wednesday the celebrations marking the 44th National Day held in Zayed Sports City in Abu Dhabi. Arab and foreign political analysts say the participation of King Mohammed VI in the UAE special event shows the historical and brotherly relations existing between the two countries and between the Moroccan Sovereign and HH Sheikh Khalifa bin Zayed Al Nahyan.

The ceremony, which took place in the presence of top Moroccan and UAE officials, was marked by artistic and folkloric performance tracing the history of the UAE, and representations by members of the UAE Armed Forces, reflecting the spirits of unity, strength and belonging of these forces.

This is the second official visit of the Moroccan monarch to the oil-rich Gulf country after the one paid last May, and comes at the conclusion of the Moroccan Week in Abu Dhabi.

King Mohammed VI has made at least ten visits, public and private, to UAE since his enthronement in 1999, becoming hence the country most visited by the Sovereign along with France.

North Africa Post's news desk is composed of journalists and editors, who are constantly working to provide new and accurate stories to NAP readers.
NEWER POSTLibya: “Graduation” of 85 IS children suicide bombers in Sirte
OLDER POSTTunisia: 26% decrease in number of tourists this year