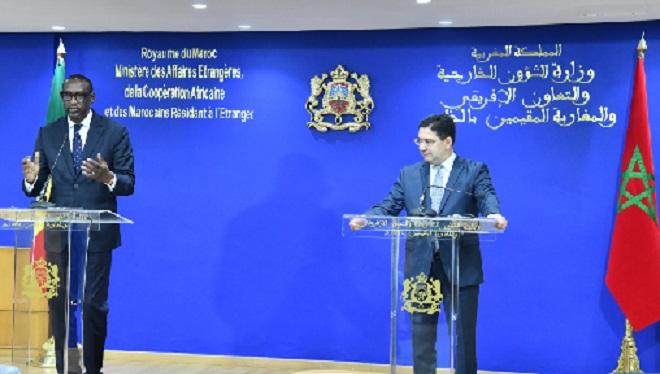 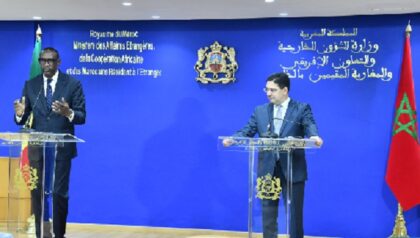 Morocco has reiterated its position rejecting any interference in Mali’s domestic issues and urging the international community to back whatever solutions the Malian people and authorities agree on to settle the crisis.

Foreign minister Nasser Bourita made the statement following talks with his Malian counterpart Abdoulaye Diop who carried a message from the president of the transition of Mali to King Mohammed VI.

Bourita said that cooperation mechanisms with Mali will be revitalized, underscoring the two visits undertaken by King Mohammed VI to Bamako in 2013 and 2014 during which 17 agreements were signed.

Mali is the third destination of Morocco’s investments in Africa and Malian students are the second largest recipients of Morocco’s scholarships.

Morocco trusts Malian authorities and people “to find most appropriate solutions that are adapted to Mali’s reality,” said Bourita.

“As with the Libyan issue, Morocco does not have an agenda nor solutions to offer,” he said, adding that Morocco “considers that the role of the international community, partners, and friends of Mali is to support the priorities drawn by Mali’s authorities.”

The stability of Mali is key for regional stability, insisted Bourita

Mali’s foreign minister said that his country backs a political and mutually acceptable solution to the Sahara issue, adding that his country will never take a position that harms Morocco’s interests in the region.

He also extended condolences to the families of the deceased truck drivers who were assassinated by armed terrorist groups in Mali recently.

The Malian government is committed to doing everything possible to identify and prosecute those responsible for the murder of the two Moroccan truck drivers, he said describing their killing as a “barbaric act perpetrated by the enemies of peace and development of our two countries.”

Such a cowardly attack should not thwart economic operators from bolstering economic ties, he said.

Recalling the large-scale hospital built for Malians by Morocco, Abdoulaye Diop thanked Morocco for its support to Mali, a multiple support in terms of politics, cooperation and economic development, he said, noting that “Morocco is one of the countries that have one of the best readings of the situation in Mali”.

Regarding the transition process in Mali, Diop noted that the authorities of his country hope “to be able to establish elected institutions through transparent and credible polls,” acknowledging, however, the existence of difficulties and enormous challenges that require “everyone to make efforts to understand the situation”.