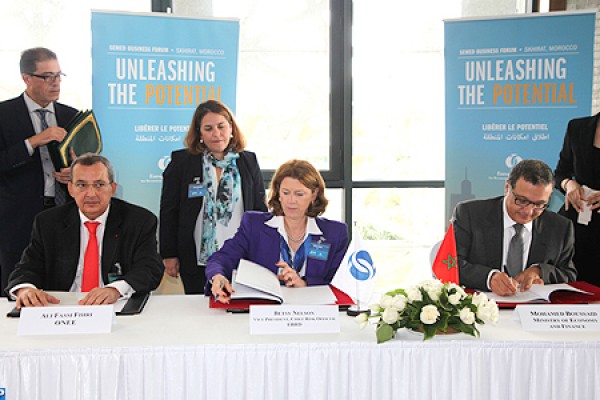 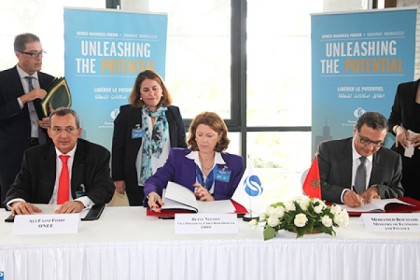 The European Bank for Reconstruction & Development has stepped up its financial support to Morocco’s public and private institutions in a bid to boost the North African country’s economic growth.

The European Bank has increased its support to Morocco’s renewable energy sector with a loan of up to € 35 million to the Office National de l’Electricité et de l’Eau Potable (ONEE).

The loan will help the Electricity office finance a rehabilitation program of 12 small- and medium-sized hydropower plants and the refurbishment of safety elements. Such overhaul will contribute to the extension of the lifespan of the plants and improve their energy efficiency.

The project will also support environmental and hydrological best practice and enhance the management of the country’s water resources, which are highly exposed to climate change risks.

For EBRD Director for Morocco Laurent Chabrier, “Investing in renewable energy is a priority for the EBRD in Morocco. Extending the lifespan of the country’s hydropower plants in a most environmentally friendly way and increasing their efficiency is crucial to building climate resilience and mitigating risks associated with climate change.”

The ONEE officials say the hydropower plants rehabilitation project falls in the framework of the national energy strategy which aims to promote renewable energies.

The EBRD has also lent Moroccan fund Albaraka, one of the country’s leading microfinance institutions, €5 million destined to supporting micro enterprises and entrepreneurs.

Albaraka, formerly known as FONDEP, was founded as a non-governmental organization focusing on microfinance which then transformed into a microfinance institution and remains a non-profit organization managed by a board of directors.

EBRD President Sir Suma Chakrabarti said: “Moroccan micro and small businesses are crucial for employment and economic growth in the country but they are largely underserved by the formal financial system.”

The European Bank has also organized this week in Morocco its first business forum for the southern and eastern Mediterranean (SEMED) region.

Held under the theme:”unleashing the potential” this forum focussed on the economies of Egypt, Jordan, Morocco and Tunisia. During the gathering, experts from the private and public sector debated what SEMED governments can do to attract more private sector infrastructure investment.

North Africa Post's news desk is composed of journalists and editors, who are constantly working to provide new and accurate stories to NAP readers.
NEWER POSTMorocco: a royal roadmap for the development of the Sahara
OLDER POSTSpain finally admits Polisario committed acts of terrorism