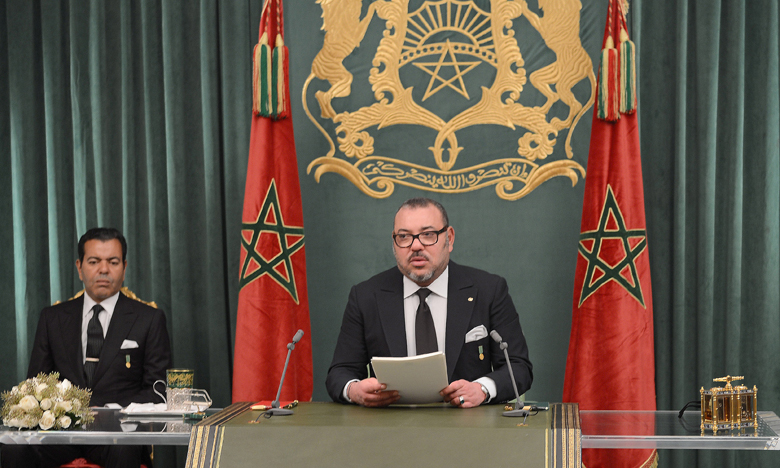 Morocco: a royal roadmap for the development of the Sahara 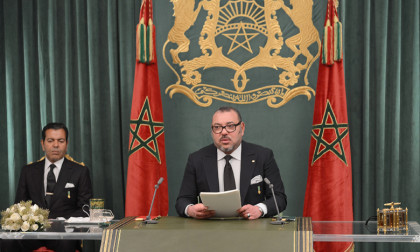 King Mohammed presented on Friday a genuine roadmap for the development of the Moroccan Sahara provinces, announcing a number of large-scale, wealth and job generating projects, and pledging to make of these provinces a model of integrated development and to enable the Saharan populations to become full-fledged citizens and to enjoy a dignified life.

“Morocco promised to come up with a specific development model for its southern provinces. Today, we have launched large-scale, defining projects that will generate wealth and create jobs,” said King Mohammed VI in a speech he delivered from the city of Laayoune on the occasion of the 40th anniversary of the Green March that enabled Morocco to peacefully liberate its Sahara provinces from Spanish colonialism.

The sovereign pointed out that “the implementation of the Development Model for the Southern Provinces shows how committed we are to fulfilling our obligations towards our fellow citizens in these provinces, which will thus become a model of integrated development.”

This Development Model aims to “seal these provinces’ integration into the unified homeland and to enhance the influence of the Sahara region as an economic hub and a crucial link between Morocco and its African roots”, he said.

After he listed all the major infrastructure projects planned to be carried out in the Sahara to make of these southern provinces “a hub for communication and exchange with sub-Saharan African countries,” the King conceded that infrastructure, on its own, cannot improve the citizens’ living conditions. “I am therefore keen to press ahead with economic development and to support that process with human development projects,” he said, pledging to muster all the means available to implement a number of major projects as well as social, medical and educational programs in the regions of Laayoune-Saqia el-Hamra, Dakhla-Oued Eddahab and Guelmim-Oued Noon.

In a message to those who claim that Morocco is attached to the Sahara for the sake of the natural resources it harbors, the sovereign made it clear that “revenue from natural resources will continue to be invested in the region, for the benefit of the local populations and in consultation and coordination with them.”

King Mohammed VI had outlined in a speech last year that since Morocco recovered the Sahara, for every single dirham of revenue from the Sahara, the state invests 7 dirhams there which enabled to improve the human development indicators in the region.

These indicators that were 6% lower in the Sahara than in northern Morocco in 1975 are now above the national average.

To support the numerous projects planned to promote local resources and products, such as the major seawater desalination plant in Dakhla and the establishment of industrial zones and facilities in Laayoun, El Marsa and Boujdour, King Mohammed VI assured in his Friday speech that an investment-friendly legal framework will be instituted. In this framework, he said, the conditions for clarity and competitiveness will be met for both national and foreign investors so they may contribute to the region development.

The sovereign also announced the creation of an economic development fund meant “to expand the economic fabric, support businesses and the social economy, generate steady income and create jobs, particularly for young people.”

In his royal roadmap, the King did not overlook the cultural dimension as he pointed out that the mechanisms needed for the preservation and promotion of the Saharan heritage and the Hassani culture will be strengthened, particularly by building theaters, museums and cultural centers in the southern part of the country.

Announcing a completely different way of dealing with the Sahara region issues, King Mohammed VI listed a number of measures such as “a break with the rentier economy and privileges, a break with poor private sector involvement and a break with the mentality of centralized administration.”

He also said that he had asked the Government “to revisit the social welfare system to make it more transparent and equitable, in keeping with the principles of equality and social justice which most segments of the populations concerned have been calling for.”

“Conditions are now ripe for the dawn of a new era in the process to consolidate national unity and achieve full integration of our southern provinces into the motherland. The implementation of the Development Model for the Southern Provinces and the application of advanced regionalization are part of that process.”

He also insisted on the need to provide “our fellow citizens in the southern provinces with all the necessary means to enable them to manage their own affairs and show they are capable of developing their region.”

“To me, what matters most is to make sure the dignity of our fellow citizens in the Sahara is safeguarded – particularly that of younger generations – and to strengthen their love for their country and their attachment to their homeland,” King Mohammed VI said.