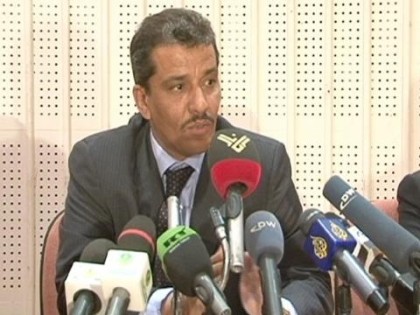 Mauritanian Minister of economy and development Tuesday hailed the progress made by the country on the 2015 Doing Business Group report which places Mauritania at the 168th spot out of 189 countries.

For Sid’Ahmed Ould Raiss minister in charge of economy and development this is a significant achievement which underscores the government efforts to promote economic growth.

“We have made constant progress, with more emphasis on economic growth thanks to the private sector in order to reach respectively 5.4% and 6.1% without oil revenues during 2010-2014 period,” the minister said.

Speaking at a press conference in capital Nouakchott to comment on the Doing Business report, Ould Raiss also indicated that the report acknowledges the vision of the private sector which globally finds a conducive ground in Mauritania with respect to the 10 indicators of the report namely company creation, access to electricity, property transfer, access to loan, construction permit, protection of minor investors, tax payment, cross-border trade, execution of contracts.

The minister also chalked the success to a number of reforms including 2012 revision of code of Public Procurement, adoption of the poverty reduction strategy and of the new investment code, as well as the creation of duty-free zone at Nouadhibou in 2013 and the revision of the commercial code in July 2015.

Also present at the press conference, the resident representative of the World Bank Gaston Sorgho urged Mauritanian authorities to keep it up and to introduce additional reforms so as to meet the needs of the private sector and those of SMEs and modernize and improve work conditions and the know-how of public service workers.

Singapore emerged as the top of the report followed by New-Zealand and Denmark respectively second and third. Libya lags behind as bottom of the report.