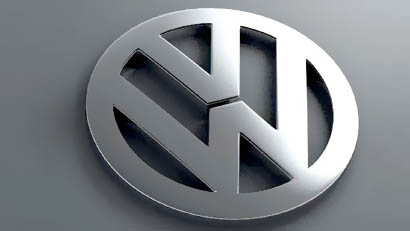 It seems that Morocco has won another battle against its neighbouring arch-rival Algeria, member of the OPEC cartel. After months of secret negotiations with the two countries, German automaker Volkswagen is believed to have finally picked Morocco to install its new plant following suit of French groups Renault and Peugeot-Citroen.

On the contrary, Algeria was deemed too risky for businesses because of persistent terror threats, political instability and heightened social tensions due to economic hardship caused by the falling oil prices.

In Morocco, there is an utterly different picture. The North African country has managed to build a highly competitive, diversified and attractive economy.

Construction work on the 557 million euro plant is scheduled to begin in 2016, with the first vehicles expected to roll off the production line in 2019. The factory will have an initial production capacity of 90,000 vehicles per year when operations get under way, scalable to 200,000 units per annum, and will create up to 4500 jobs.

Peugeot’s decision to use the North African country as a launching pad for regional expansion follows in the footsteps of Morocco’s biggest automobile producer and fellow French car manufacturer, Renault, which opened factories in Tangier and Casablanca in 2012 with a combined annual capacity of more than 400,000 units.

The new Peugeot factory will serve as a key contributor to the company’s long-term goal of selling 1 million vehicles in Africa and the Middle East in 2025.

Morocco has aggressively sought to accelerate the development of the automotive and component segments, providing tax incentives and turnkey sites such as the Atlantic Free Zone (AFZ) in Kenitra. The 345-ha integrated industrial cluster was set up in 2012 to accommodate the country’s thriving automotive sector.

AFZ encourages firms to make capital investments in exchange for a tax break during first five years of operations, followed by an 8.75 pc tax rate over a 20-year period.

The moves have started yielding results and drawing more and more investors. Last year, Morocco produced 232,000 vehicles, according to the International Organisation of Motor Vehicle Manufacturers, up 38.5 pc year-on-year.

Production soared by 54 pc between 2012 and 2013 alone, propelled in part by the inauguration of Renault’s two assembly plants. Today, Morocco ranks as one of the largest car manufacturer in Africa.

With the imminent arrival of German auto giant Volkswagen in Morocco, the country will become one of the major platforms in the global car industry.