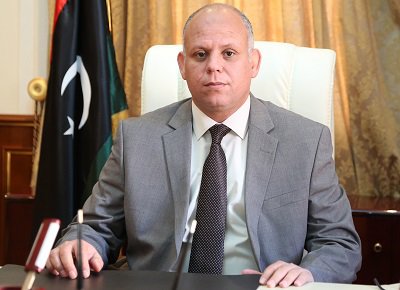 Libya: GNC announces its come-back to Dialogue Talks in Geneva

The Turkey-backed Libyan General National Congress surprisingly announced it will take part in the Libyan Dialogue process due to continue this Thursday in the Swiss city of Geneva after it had earlier dismissed the UN envoy’s invite to return to talks.

The GNC said it would be present in Geneva after it managed to re-organize its negotiating team following the resignation of two prominent members. According to press reports, the powerful Congress has appointed its first deputy president, Awad Abdul Saddeq, as the new head of its four-man negotiating team.

Saddeq is replacing Salah Makhzoum, the GNC’s second deputy president at odds with the GNC’s President Nuri Abu Sahmain over the participation of the GNC in the UN-brokered Libyan talks.

Saddeq has a free hand to choose another GNC member to join his team in order to fill the place of Mohamed Emazab, the second GNC negotiating team member who also resigned last week with Makhzoum.

The GNC did not participate in last week Skhirat round of talks for what it called organizational reasons.

At a meeting with Leon in Istanbul on Tuesday, GNC members stuck to their guns and stressed the need to see the July initialled draft amended before they can join the talks.

Thursday rounds in Geneva are very decisive and will allow delegates to discuss the composition of the coming Government of National Accord and name the Prime Minister and his two deputies.

At Geneva, the delegates will also try to reach an agreement on the State Council and proposed amendments to the Constitutional Declaration which would enable the HoR to prolong its life beyond 21 October.

Meanwhile, Ankara has rejected claims that the weaponry shipment found on board a Bolivia-registered cargo heading to Mistrata was illegal.

Tuesday, the cargo with a load of weapons and ammunitions, called haddad 1, was arrested by Greek coast guards as it was sailing towards Mistrata, a Libyan city controlled by the GNC-affiliated militia.

No further details about the supplier have been revealed. The shipment violates the UN arm embargo imposed on Libya in 2011, the year Col. Muammar Gaddafi was killed following an uprising.