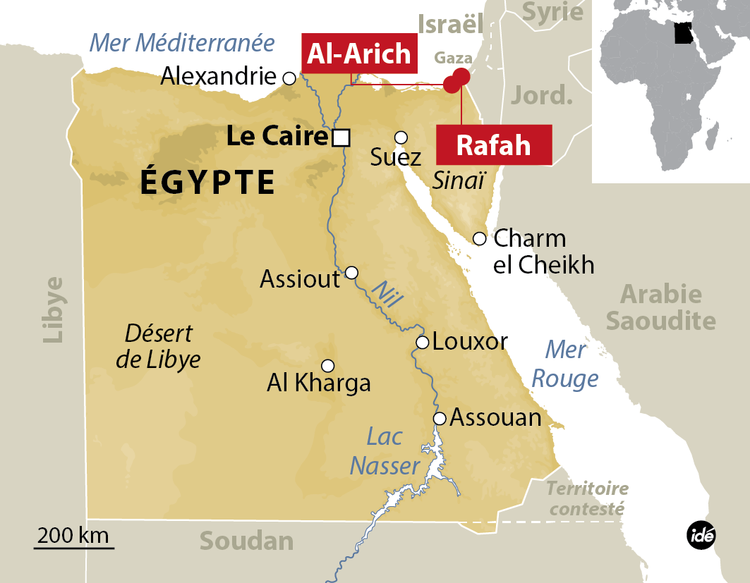 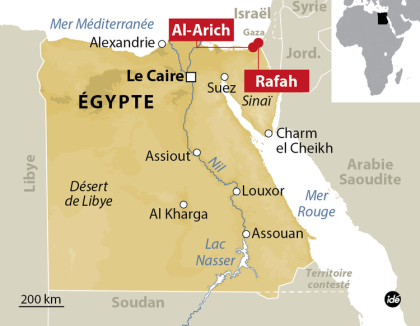 The Islamic State said Thursday it was behind the armed assault outside a checkpoint in el-Mahdiya village in Rafah, a town on the border with the Gaza Strip. One officer and three soldiers died in the attack on their vehicle near the border.

The militant group Sinai Province, which has pledged allegiance to the Islamic State of Iraq and the Levant (ISIL) last year, said in a statement that it had planted the bomb on the road between Rafah and the town of Sheikh Zuweid.

The bomb went off when an armored military vehicle was combing an area around the border village of el-Mahdiya, close to the town of Rafah, according to the Egyptian military spokesman, Brig. Gen. Mohammed Samir.

Last week, the same ISIL-affiliate group claimed responsibility for a rocket attack on an Egyptian naval vessel near the coast of Israel and Gaza, less than a week after claiming a bombing in Cairo that heavily damaged the Italian consulate.

Egypt is battling an increasingly brazen insurgency in the Sinai Peninsula that has killed hundreds of police officers and soldiers since the army toppled Islamist President Mohamed Mursi in 2013 after mass protests against his rule.