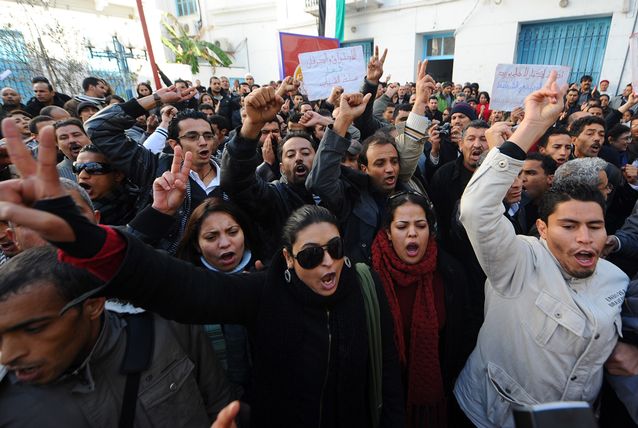 Tunisia: The unemployed are protesting in several governorates 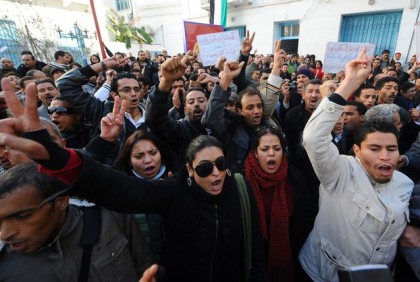 The unemployed are observing since the 11th February, several protesters marches in several governorates of Tunisia. In Gafsa, unemployed announced a gather every Thursday in this direction.

The unemployed in Medenine, protested too. This coincided with the meeting of the government delegation in the region.

The government delegation led by the two ministers Slim Chaker and Yassine Ibrahim, dispatched to the southern region, was received Thursday by the Medenine unemployed graduates with the revolutionary slogan ‘Get out ”.

Note that the protest movement of unemployed graduates started yesterday with a march to the Assembly of People’s Representatives and has also extended this morning by the observation of several peaceful marches in several governorates of Tunisia. Those of Gafsa, announced a protest movement every Thursday.

According to the National Statistics Institute, “the unemployment rate decreased from 16.5% to 15.2%, and that, despite some skepticism, especially in this time of economic crisis knows Tunisia,” said hafedh Laamouri, Minister of Employment and vocational Training. Thus, the number of unemployed amounted to 605,800 of the total active population, estimated at 3,998.3 miles.

Moreover, the minister said that Tunisia will pass to the phase of economic recovery, even with a slowdown in the second half of 2015.