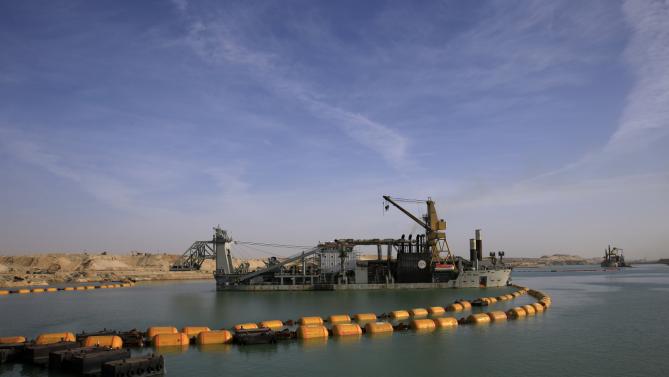 Egypt: $8.2 billion Suez Canal lane to be inaugurated in August

Authority Chief Mohab Mameesh has said that the second parallel waterway project of the Suez Canal will be completed in August and gave assurances that the transit toll will be not be increased. The cost of the project is around $8.2billion. The Suez Canal is one of the busiest water corridors in the world and serves as a gateway between the Red Sea and the Mediterranean. 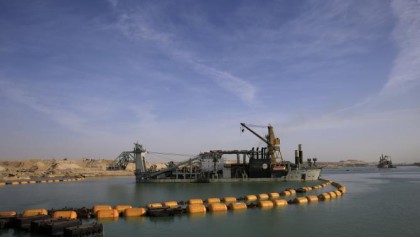 The project of the second lane had an execution timeframe of 3years but last year President Abdel-Fattah el-Sissi ordered for it to be completed within a year because the economic situation of the country couldn’t wait for such a period. The Canal earned a record $5,4 billion last year compared to $5,1 billion in 2013. The earnings provide significant revenue for the Egyptian government as the Tourism sector continues to struggle.

The completion of the new canal will also help to reduce unemployment. The canal currently employs 25,000 people.

In a bid to encourage vessels to continue using the canal, Mameesh said the opening of the second lane will not affect the transit tolls because increasing the prices could encourage vessels to bypass the Canal and travel round the Cape of Good Hope. Considering the fall of oil prices, he thinks that it can easily be an option for the vessels. However, the 35% toll discount that shippers of liquefied natural gas benefit from will be lowered to 25%.

Sea vessels often wait for 11 hours before crossing but the inauguration of the second lane is expected to reduce it to only 3 hours and will enable a two-way traffic of almost 100 ships at a time.

The Suez Canal was inaugurated in 1869.